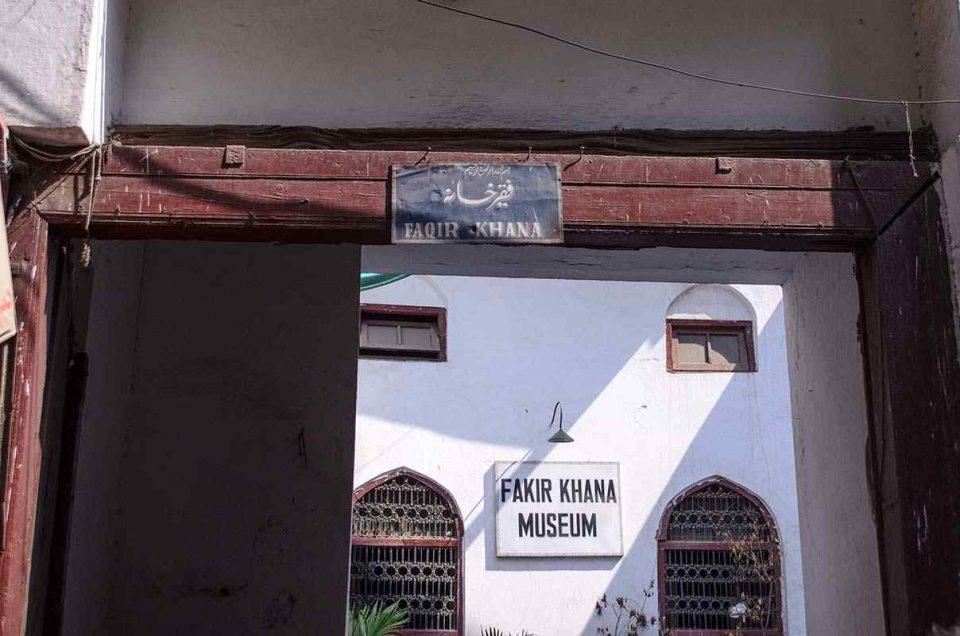 “A Hidden Treasure of Art”

Fakir Khana is the Fakir Family’s private museum in Lahore. It is one of South Asia’s largest private museums which is the best place to visit to learn about historical artifacts. It is located at Bhati Gate, an old portion of the Walled City of Lahore, Punjab region of our beautiful Pakistan, and is considered a hidden treasure of art, with paintings, sculptures, manuscripts, Chinese porcelain, Persian carpets, and other marvels of art.

Around 1730, the Fakir family arrived in Lahore and founded a publishing house. Three of the family’s forefathers, Fakir Nooruddin, Fakir Azizuddin, and Fakir Imamuddin, worked as emissaries to Maharaja Ranjit Singh, therefore elevating their stature in Lahore society. The family accumulated a collection of antiquities, many of which were gifts from Ranjit Singh. In 1901, the family opened their home as a public museum, and the site receives some government funding for its upkeep.

The museum’s collection includes about 20,000 works of art and antiques, primarily from the 18th to 20th centuries, as well as a minor collection of Gandharan artifacts. There are additional 10,000 manuscripts, 180 displayed miniature paintings, Sikh era fabrics, statues, pottery, and carved ivory pieces in the collection, which was given to the Fakir family by Ranjit Singh. A 12 by 6-inch artwork of Nawab Mumtaz Ali, which took 15 years to finish and was painted with a single hair, is also included in the collection.

The museum’s location gives visitors a glimpse into the lives of upper-class Lahori families during the Sikh and British eras. It was previously owned by Raja Todar Mal, the Mughal Emperor Akbar’s finance minister.

The Miniature Hall is the most spectacular of the Fakir Khana Museum’s parts, with exhibits that have been kept in the same place for over three-quarters of a century.

The hall is modeled after a spacious room of a well-to-do family at a time when western influences began to infiltrate Lahore’s entrenched ways of life.

The Hall of Miniatures’ main attraction is a significant collection of tiny paintings displayed against the wall, all of which are framed and coated. Irani, Mughal, Kangra, Rajput, and Pahari schools are represented in these works, which are either on paper or ivory. A total of 160 miniatures are on display.

The Gandhara civilization’s Buddhist art is featured in a part of the museum. This ancient civilization flourished between the 1st and 5th centuries, spreading across what is now northwest Pakistan and parts of Afghanistan. Gandhara’s sculptures are heavily influenced by Greek art. Gandhara is also notable for producing the first known sculpture of Buddha and for spreading the Mahayana Buddhist doctrine throughout South Asia.

In Islam, calligraphy is regarded as an advanced form of art. The Kufic script was the first type of Islamic calligraphy, and it was used to write the Quran and Hadith. The handwritten Quran in Kufic Script is the earliest work of calligraphy in Fakir Khana.

The Museum is the main tourist attraction and provides visitors with intriguing information about Punjab’s culture and history. Members of the Fakir family are currently in charge of the museum. It is not open to the general public, and visitors must make an appointment. Plan a trip to Lahore and don’t forget to visit Pakistan’s one of the best historical attractions.