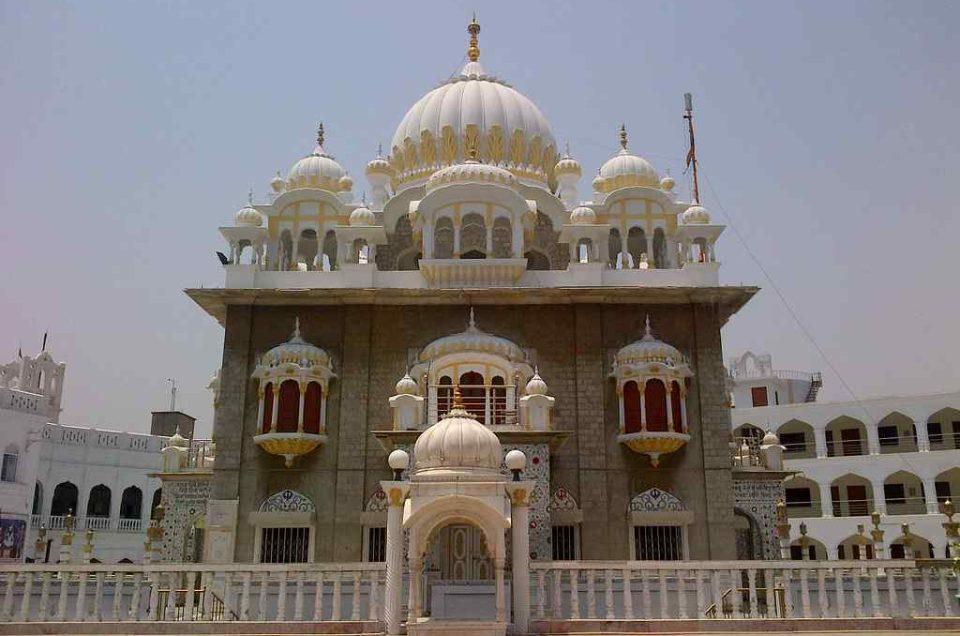 “Temples are an expression of Gog’s love”. (Jean A.Stevens)

Our beautiful homeland Pakistan stands out among many countries to support Sikh heritage. Sikhs governed India for about two `decades after the Mughals’ downfall in the Indian Sub-continent. During their time, prominent changes had been seen in Indian history. After the partition in 1947, Monuments, Havelis, Forts, shrines, and Gurdwaras are now part of the primary landmarks of Pakistan.

A Gurdwara is a sacred place for Sikhs where they all gather to worship. There are hundreds of Gurdwaras all around Pakistan. Most of them are in Punjab. Some of them are very famous tourist attractions. ‘Punja Sahib’ is one of them.

Punja stands for ‘Palm’ in Punjabi. ‘Punj means five and the title ‘’Sahib’ is used to show deep respect for the locations that are linked to their Gurus lives.  It was named due to the hand impression on a rock. It is considered to be the handprint of Guru Nanak, who was the founder of the Sikh religion.

First, Gurdwara was built by ‘Guru Nanak’ in 1521 at Kartarpur Sahib. The word Gurdwara means ‘the residence of the guru’. Their holy book is ‘Guru Granth Sahib’. A Gurdwara is distinguished by the “Nishan Sahib’ which is a flag of the Sikh. Each Gurdwara has four doors which are known as the Door of Peace, the Door of Livelihood, the Door of Learning, and the Door of Grace.

It’s a myth that a holy man tossed a rock towards Guru Nanak who held it with his hand and found an imprint there later on. On seeing this, that man became a great admirer of Guru Nanak. That rock is still preserved in its original form and installed in the temple and can be seen by visitors today.

Punja Sahib Gurdwara has the importance of being one of the most sacred places in the Sikh religion. In the 19th century, Maharaja Ranjit Singh built this majestic building of Gurdwara that is considered to be the symbol of peace.

Punja Sahib is situated in Hassan Abdal (about 40 kilometers northwest of Islamabad).

Each year in April, thousands of Sikhs and Hindu pilgrims from all over the world visit beautiful Pakistan to celebrate the birth anniversary of their founder Guru Nanak. And it remains the most prominent tourists attraction during this month. Most of the Hindus and Sikhs wish to worship at Punja Sahib due to its divine importance. They visit Punja Sahib to purify themselves.

There are hostels with 376 rooms for the pilgrims. They are entertained with free food from the temple’s kitchen and are taken care of nicely during their stay in Punja Sahib. There is a spacious dining hall having the capacity to accommodate over 1,000 people at a time.

We should show respect to all religions, their festivals, and holy places. The Sikh nation has its own identity. We need to be more understanding and show the attitude of reverence towards their spiritual beliefs.

“Temple going is for the purification of the soul.” (Mahatma Gandhi)