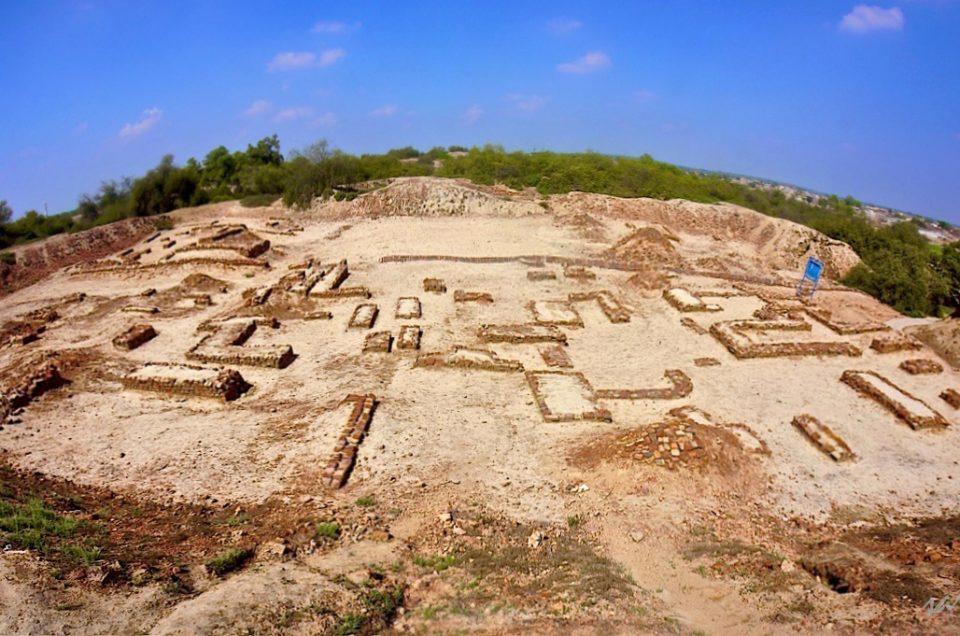 Harappa is a historical site in our beautiful Pakistan’s Punjab province and the best tourist attraction for visitors. Due to its historical attraction, it is the best place to visit. It is 24 kilometers west of Sahiwal. The site is named after a modern town near the Ravi River’s historic course, which currently runs 8 kilometers to the north. Harappa’s modern settlement is less than a kilo12meter from the historic site. Harappa is a small crossroads town of 15,000 people now, despite having a residual railway station from the British Raj period.

The Harappa Civilization has its origins in cultures such as Mehrgarh, which date back to around 6000 BC. Mohenjo-Daro and Harappa, the two most important towns in Punjab and Sindh, arose around 2600 BC in the Indus River valley.

After excavations at Mohenjo-Daro in Sindh near Larkana and Harappa in west Punjab south of Lahore in the 1920s, the civilization was unearthed, complete with a probable writing system, urban centers, and a diverse social and economic system. Several other sites have been identified and examined, ranging from the Himalayan foothills in east Punjab, India in the north, Gujarat in the south and east, and Pakistani Balochistan in the west.

Although the archaeological site at Harappa was damaged in 1857 when engineers building the Lahore-Multan railroad utilized brick from the Harappa ruins as track ballast, a large number of items have been discovered.

During the late Harappa period, certain regions were abandoned because of declining sea levels. Harappa’s culture eventually lost features like writing and hydraulic engineering. As a result, the Gange’s Valley settlement grew in importance, and Gange’s cities grew.

Even though the Harappa archaeological site was damaged in 1857 when engineers working on the Lahore-Multan railroad used brick from the Harappa ruins as track ballast, a vast number of objects have been discovered. Due to dropping sea levels, several regions were abandoned during the late Harappan period. Writing and hydraulic engineering were eventually lost to Harappan society. As a result, the Ganges Valley settlement and Gange’s cities gained importance.

The Indus Valley Civilization’s weights and measures, on the other hand, were highly standardized and adhered to a set of gradations. Distinctive seals were used to identify property and ship products, among other things.

Iron was not yet used, despite the use of copper and bronze. “Cotton was braided and colored for clothes; wheat, rice, and a variety of vegetables and fruits were grown; and several animals, including the humped bull, were domesticated, “as well as “fighting fowl.” Wheel-made pottery, some with animal and geometric designs, has been discovered in abundance at all of the main Indus sites.

Among other places, the Harappa’s people dealt with ancient Mesopotamia, particularly Elam. Textiles made of cotton and agricultural products were the most commonly traded items. In Mesopotamia, the Harappan merchants’ built procurement colonies that also served as commercial centers.

The site’s excavators have offered the following timeline for Harappa’s occupation:

The little, square steatite (soapstone) seals etched with human or animal patterns are by far the most elegant and elusive objects uncovered yet. Seals have been discovered in abundance at sites like Mohenjo-Daro and Harappa.

Many have pictographic inscriptions, which are widely regarded as a type of writing or script. The signals remain deciphered despite the efforts of philologists from all over the world, as well as the use of current cryptography analysis.

Trident-shaped and plant-like symbols were discovered on clay and stone tablets recovered at Harappa, which were carbon-dated 3300–3200 BC.

“It’s a major question whether we can call what we’ve uncovered real writing, but we’ve found symbols that have a resemblance to what became Indus script.”