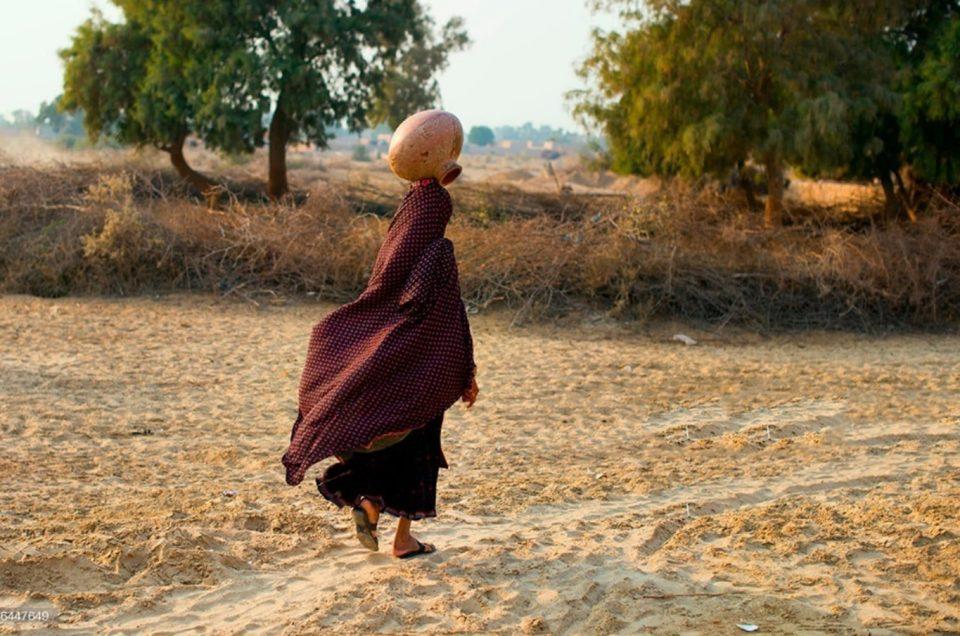 The Thal Desert is Pakistan’s third-largest desert. It is located near the Pothohar Plateau in Punjab, Pakistan, between the Jhelum and Sindh rivers. The Thal Desert covers an area of approximately 20000 km2. The desert stretches for 305 kilometers and varies in breadth from 32 kilometers to 112 kilometers. The desert is covered in dunes to the degree of 50-60%.

Thal isn’t a harsh wasteland like we usually imagine when we think of a desert. The desert, on the other hand, has some highly distinct natural attractions. For example, it provides some of the most breathtaking views of dunes, which are enhanced by a perfect canopy of blue sky in the background. In the desert, wind cyclones are also a normal sight. All these make it one of the best places to visit in our beautiful Pakistan.

The Thal Canal Project has a long history dating back over 130 years. The proposal for the whole of the Thal Doab was initially proposed in 1873. In 1919, 1921, 1924, 1925, 1936, and 1949, the idea of irrigating this area with water from the Indus River was discussed several times. It was continuously delayed because of concerns that it would significantly reduce water availability for lower reservoirs.

When the Executive Committee of the National Economic Council (ECNEC) refused to approve the initiative in 1975, it was brought back up for consideration. Finally, Pakistani President Pervez Musharraf dedicated the 30-billion-rupee Greater Thal Canal Project on August 16, 2001. (GTC). In 2020, the second phase of the Greater Thal Canal Phase project (Choubara Branch) began. Around 3 lakh acres of desert land would be irrigated as a result of this project.

Why visit this place

This location is rather old-fashioned, and the locals rely on livestock herding for a living, but it may be altered with the advent of technological farming methods. This has the potential to significantly improve the living conditions in this area.

If the concept of a vast area beneath your feet and a magnificent sky above you fascinate you, then you will not be disappointed when you visit the Thal Desert. In a place as lovely as Thal, one is destined to become closer to God when he realizes how insignificant he is in the grand scheme of things. While being fascinated by the gorgeous sight of the desert, one just cannot help but praise the All-Mighty.

From the left bank of the Jhelum River, the desert encompasses the districts of Bhakkar, Khushab, Mianwali, Layyah, Muzaffargarh, and Jhang.

Far from being barren, the desert in Hyderabad, Thal is a beautiful green in February and March — this region is used for the growth of green chickpeas (hara choliyan), and the squat plants’ elastic branches and chubby small fruits jiggle in the desert breeze as far as the eye can see.

The Thal Canal provides water to the residents in the desert. The water is used for daily duties, irrigation, and cattle feeding. Only the rare dune breaks up the sea of green, as fading yellow sand rises in undulating waves, reminding us of what lies beneath. The roots die off as the harvest is harvested, and the desert returns to its typical bare nothingness.

Urdu, Saraiki, and Balochi, a refined dialect of the Punjabi language, are among the languages spoken in the area.

The month of June is the hottest in the desert, with an average temperature of around 34°C. The desert can have temperatures as high as 44°C and as low as 0°C. The desert receives roughly 277mm of rain each year on average. The desert is also a well-known and appealing location for rally racing.

The district’s population is dispersed throughout a huge desert expanse, forcing people to travel long distances and relocate to Punjab’s center regions in search of jobs.