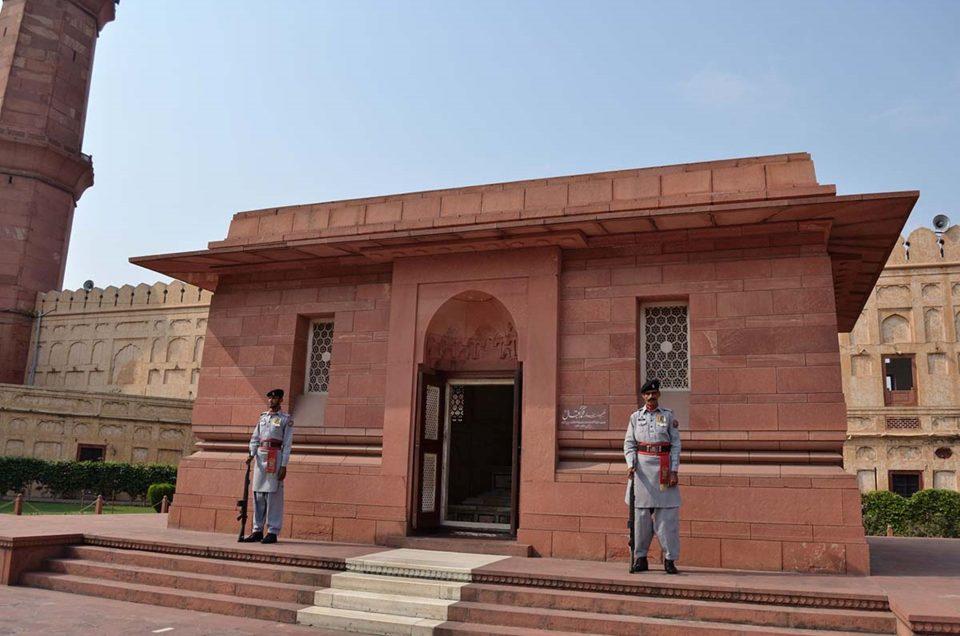 Allamah Iqbal was a poet, philosopher, and politician as well as an academic, barrister, and scholar in British India. He is widely credited with inspiring the Pakistan Movement. He is known as Pakistan’s “Spiritual Father.” With literary output in both Urdu and Persian, he is considered one of the most influential characters in Urdu literature.

The Tomb of Allamah Muhammad Iqbal, also known as Mazaar-e-Iqbal, is a mausoleum in Lahore, Pakistan’s beautiful capital and Punjab province’s capital. He was buried in the courtyard of the Badshahi Mosque. Thousands of visitors come to pay their respects to the poet-philosopher every day, making it a popular tourist attraction.

Allamah Dr. Muhammad Iqbal, the East’s poet-philosopher and idealist for an independent homeland for the subcontinent’s Muslims was born in Sialkot on November 9, 1877, and died in Lahore on April 21, 1938, at the age of 60. The current mausoleum was built in 1951 to honor his tomb.

The tomb was built by Nawab Zain Yarjang Bahadur of Hyderabad, Deccan, an architect of the late Nizam Government. This tomb structure successfully merges Turkish, Mughal, and colonial architectural traditions. Mustafa Kemal Atatürk is claimed to have sent earth from Maulana Rumi’s tomb to be sprinkled over this grave.

Shortly after Iqbal’s death in April 1938, a committee was constituted, with Chaudhary Mohammed Hussain as its chairman. A major stumbling block in the construction of this monument was a lack of sufficient money. The committee decided not to accept payments from local governments or state rulers, instead, monies were raised from Iqbal’s friends, fans, and disciples

The structure has been built at low levels to allow for uninterrupted views of the old Badshahi Mosque. The building is a mix of styles, but it primarily resembles the Mughal style. The building is made completely of red sandstone imported from Jaipur, British India, and construction marble imported from Makrana, Rajputana. The building’s slightly tapering walls and prominent moldings put in the cavetto immediately above the plinth set it apart from the surrounding massive historic structures.

The entrance frames, as well as the screens with the poet’s monogram carved in the center, are made of marble. A flat roof and an eave complete the top. The interior of the mausoleum is decorated with marble slabs inscribed with six couplets from Zabur-e-Ajam, one of the poet’s most well-known novels. A modest garden, divided into small sections, is located outside. Nawab Zain Yar Jang Bahadur, Hyderabad Deccan’s then Chief Architect, constructed the mausoleum, which took thirteen years to complete.

The exquisite marble cenotaph, complete with platform and aragonite panels of various colors, was a gift from the Afghan government, as was the translucent marble headstone. On the front of the building, two of the poet’s couplets sum up his feelings about racial and color prejudice.