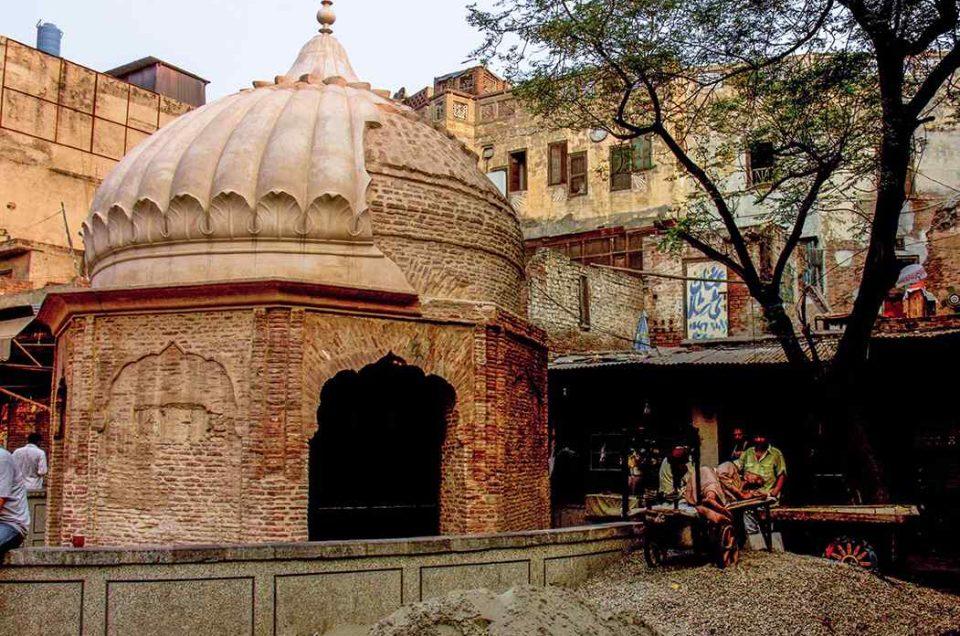 The Well of Dina Nath, located near the Wazir Khan Chowk in the Walled City of Lahore, Pakistan’s picturesque Punjab region, is an interesting piece of old architecture. The well’s building by a Sikh lord in the nineteenth century sparked debate because of its closeness to the Wazir Khan Mosque.

From Chitta Gate on your right, you’ll encounter a structure that looks like a tomb as you make your approach to Wazir Khan’s lovely, glorious, and majestic Mosque. However, it is a well that has been ‘walled.’ Diwan Dina Nath’s well still stands in the walled city of Lahore, and the well’s significance is the walled structure surrounding it, complete with a dome on top.

It is a significant tourist destination, and thousands of people visit it every day to learn about its fascinating history.

Diwan Dina Nath was born in Delhi to a Kashmiri Pandit family. Dina Nath was invited to Lahore by Maharaja Ranjit Singh in 1815 and offered the position of mutsaddi, or writer, in the department of military accounting.

Dina Nath was given the honorary title of Diwan by Maharaja Ranjit Singh in 1838, which means “financial custodian.” Diwan Dina Nath was one of the signatories to the pact between the Sikhs and the British following the First Anglo-Sikh War, which took place between 1845 and 1846 between the Sikh Empire and the East India Company.

Later, when a council was formed in December 1846 to rule the Punjab, Raja Dina Nath was appointed as its President, with the British’ active backing. Raja Dina Nath died in Lahore, Pakistan, in 1857 in Kot Khawaja Saeed.

The Well of Dina Nath

Dina Nath did not listen to any of the advice, and the good construction began. The workers dug about 200 meters into the ground, but there was no water. Because the laborers refused to go any further, the well remained dry. Dina Nath had to cut a sorrowful figure in front of the villagers after a wall was put around the well. The well was never able to function.

The well is currently being conserved by the local government because it was badly damaged and had never received any respect despite its long history. The Aga Khan Trust for Culture, a major international institution, is collaborating with the Walled City of Lahore Authority on conservation efforts. The well has been shut for centuries, but after conservation, it will be opened to the public as a tourism attraction. Several stores had trespassed on the well, which was removed by the Walled City of Lahore Authority in 2013.

The Haveli of Dina Nath

The Haveli of Dina Nath is located around the same corner as Chitta Gate. The Haveli itself is a marvel, with a long and glorious history thanks to its owner, Diwan Dina Nath. The Haveli is a large structure within the walled city that may be reached via the Phoolan Wali Gali if entering via Delhi Gate. This Haveli is a beautiful example of Sikh architecture with a large courtyard. The Royal Trail’s guided tour includes a visit to the Haveli and Dina Nath’s well.