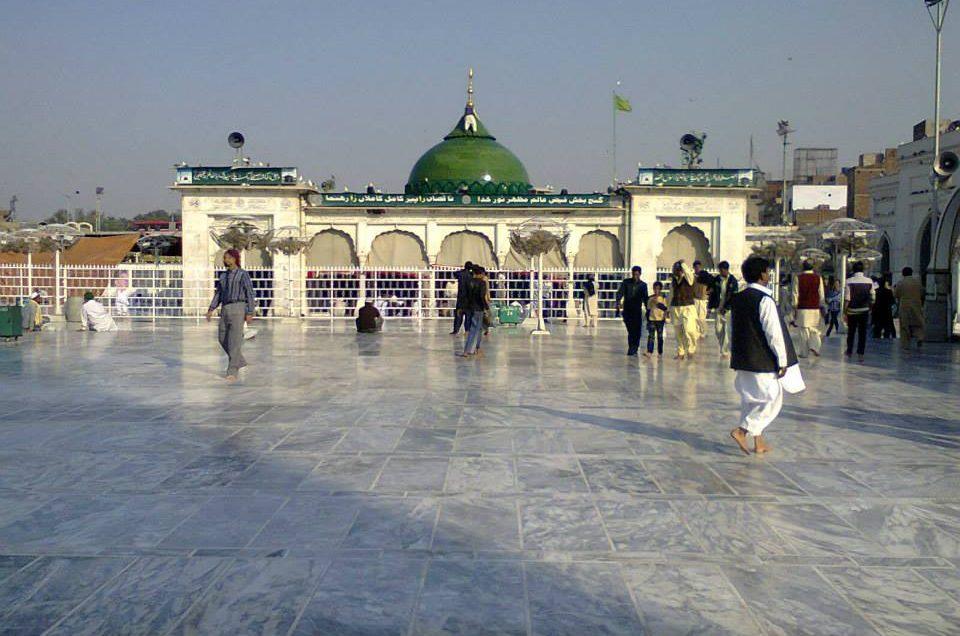 “The glory of poverty is this, that the poor man’s body is divinely preserved from the base and sinful acts, and his heart from evil and contaminating thoughts.”

In Lahore, the capital city of Punjab of our beautiful Pakistan, the Shrine of Hazrat Data Ganj Baksh (also known as “Data Darbar”) is located. It is one of South Asia’s largest Sufi shrines. It was constructed to preserve the memories of Data Ganj Baksh, a prominent Islamic scholar who lived in the area around the 11th century. The shrine started as a small cemetery next to the mosque that Ganj Baksh built on the outskirts of Lahore in the 11th century.

The Data Darbar shrine is regarded as Lahore’s holiest site. It is also renowned because the Sufi saint of this shrine was granted supreme authority over all saints in the Indian Subcontinent, and no new Sufi saint could enter the subcontinent without first gaining permission from Data Ganj Baksh’s soul.

The shrine’s architecture is also a factor in its appeal. Although I took some photos with my phone as a memento, which I’ve shared below, let me first tell you about the history of the building’s design.

During the Mughal era, the Ali Hujwiri (Data Darbar) shrine was constructed. This shrine’s tomb is made of carved white marble. A vast marble plaza surrounds the tomb, with modern architecture applied in a new educational institution at the property. So, let’s have a look at the most recent images of this temple.

The shrine is visited by 30,000 to 60,000 people every day because it is open 24 hours a day, though the number doubles on religious days and Thursdays. Every year, the traditional night festival, also known as the ‘Urs’ festival, gathers up to 1,000,000 devotees each day, although the festival only lasts three days.

Aside from all of this, this shrine offers a large range of social services that assist disadvantaged citizens in some way. Every day, over 50,000 visitors provided complimentary food to the temple, according to a 1000-year-old custom.

In a nutshell, “Data Darbar” is the best place to visit. During a visit there, one can see religious harmony, tranquility, and spirituality, all of which help the soul to relax. People from all around the world, of all faiths, gather under one roof to pay their respects to Hazrat Ali Hujwiri. When it comes to preserving history, Data Darbar, or perhaps the entire city of Lahore, is far richer than any other city in Pakistan. Data darbar is not the only Shrine that you must visit. Explore more destinations with GTP.