Gupis-Yasin District, in the westernmost part of Gilgit-Baltistan and beautiful Pakistan’s northernmost territory is home to Khalti Lake. The lake is located near the village of Khalti in a bend of the Ghizer River. 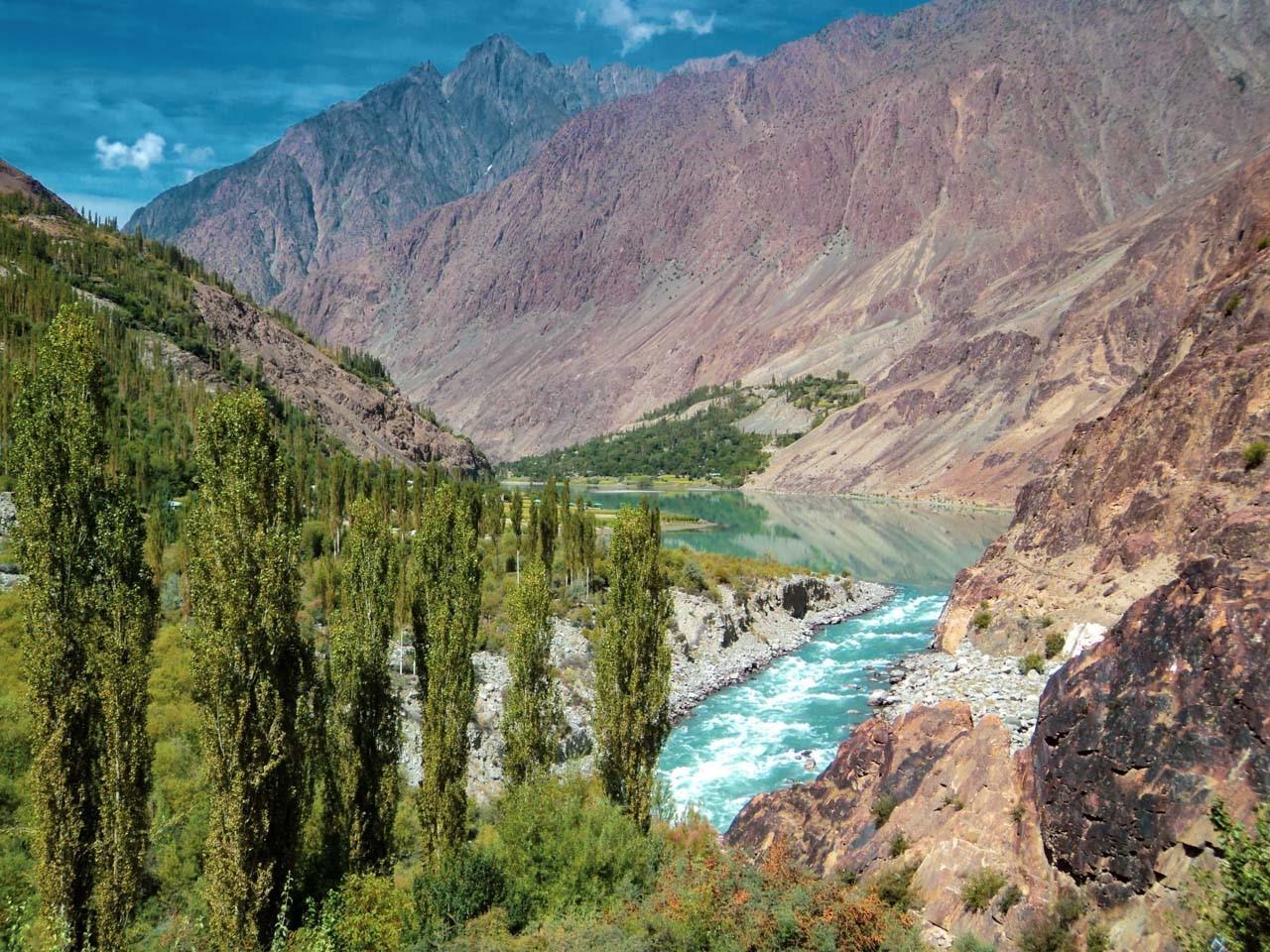 The lake is surrounded by the Hindukush range of mountains, which adds to the beauty of the scene. The area is known for its tranquility and quiet. The sound of birds can be clearly heard.

It was formed when a glacial lake high in the mountains burst as the glacier retreated. It is deafeningly calm, and the surrounding area is eerie silent and has become a natural attraction. It is also a significant source of fresh water and has a trout population. 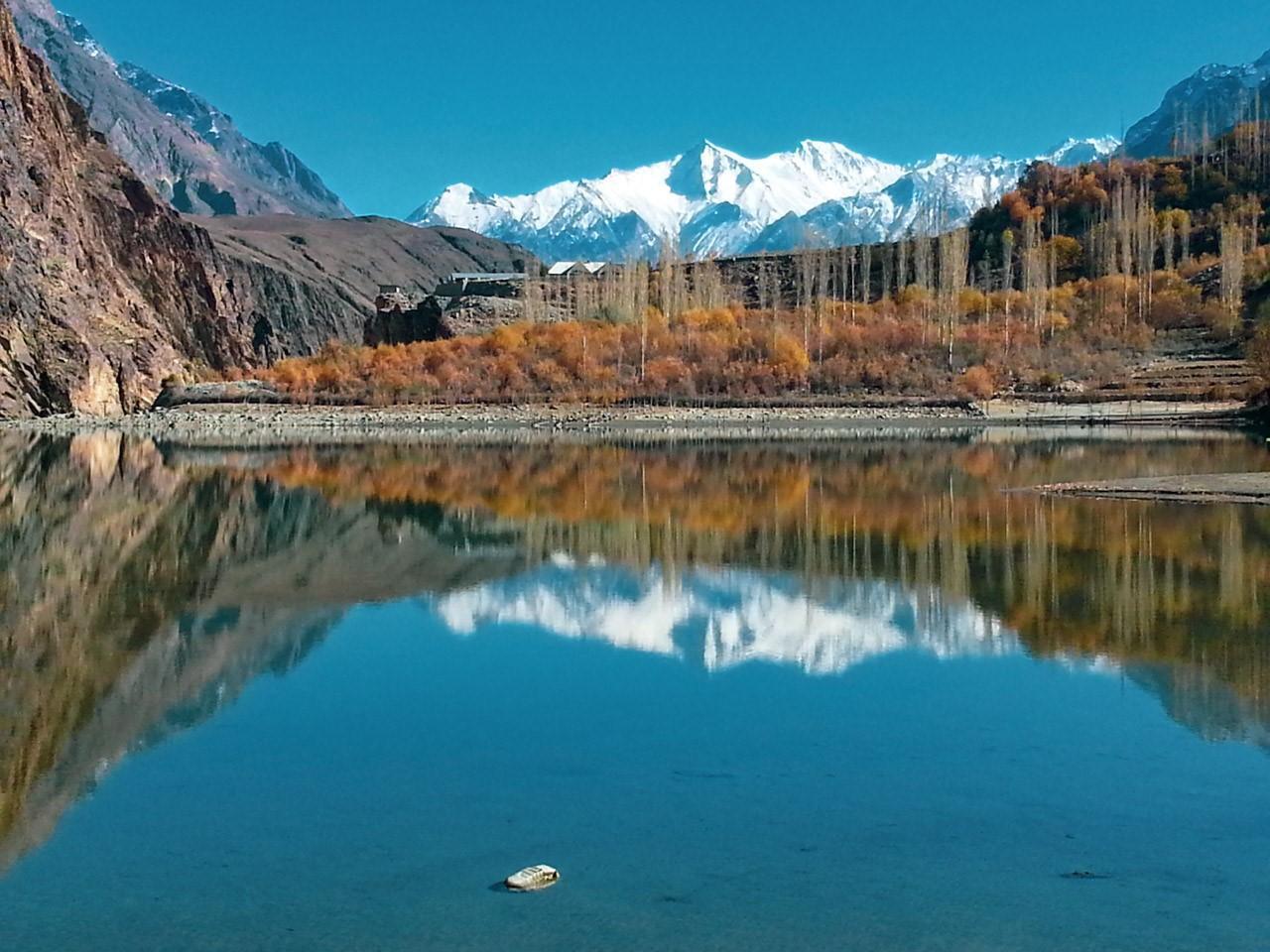 A PTDC motel with a view of the lake is nearby. The water is very cold, flowing directly from the surrounding glaciers. Over the winter, the lake normally freezes and people can walk on it easily. Khalti Lake is thought to be the region’s equivalent of Switzerland’s Lac de Joux.

The upper portion of Khalti Lake has become an ice sheath due to the freezing temperatures in Gilgit-Baltistan. The lake is said to be 30 to 70 feet deep at 7,000 feet above sea level. It is about 120 kilometers from Gilgit, in the Gupis Valley of Ghizer district.

Khalti freezes over in December and stays that way until January, giving locals a chance to socialize and play sports in an otherwise barren area. For a thrill, Gilgit-Baltistan’s children regularly gamble their lives on the frozen surface of Khalti Lake. 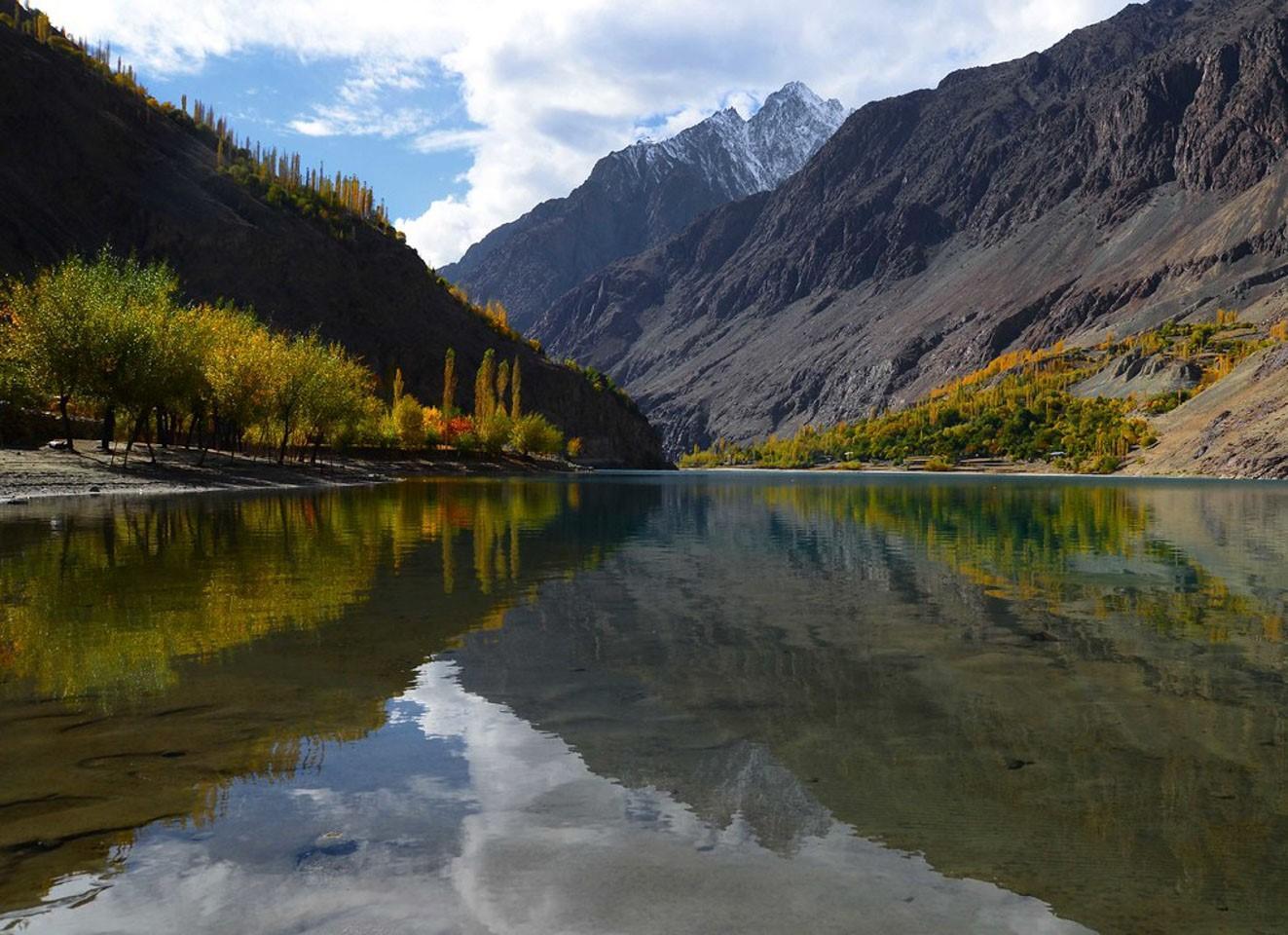 Children from the surrounding areas take a walk on the frozen surface. This doesn’t seem like much of a risk when a rough and tumble football tournament is held every year on Khalti, with Ghizer teams typically participating. In the region’s small villages, there are no playgrounds where children can burn off energy. The lake has been turned into a makeshift playground for kids.

Khalti Lake offers numerous benefits to the area all year. In the summer, it serves as a source of freshwater, and in the winter, it allows the Khalti village children and elders to dance, play football, cricket, polo, and volleyball, and enjoy ice skating. 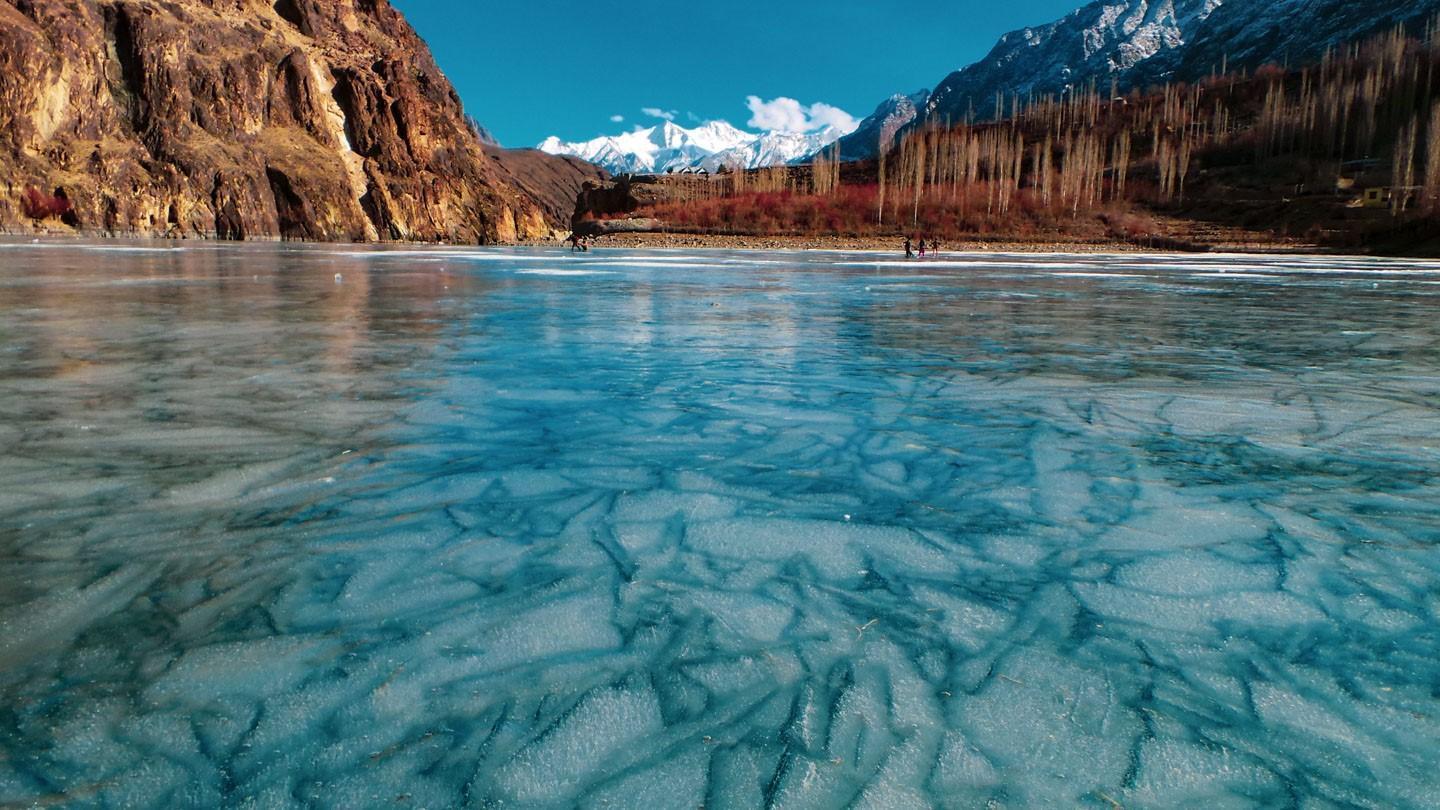 Tournaments are organized when the temperature drops 10 to 15 degrees below zero, and local players come together for an adventurous, if not serious, a game of football. These winter tournaments have the potential to become a major tourist attraction.