In the designer’s imagination, the Shah Faisal Mosque resembles the Holy Kaaba. 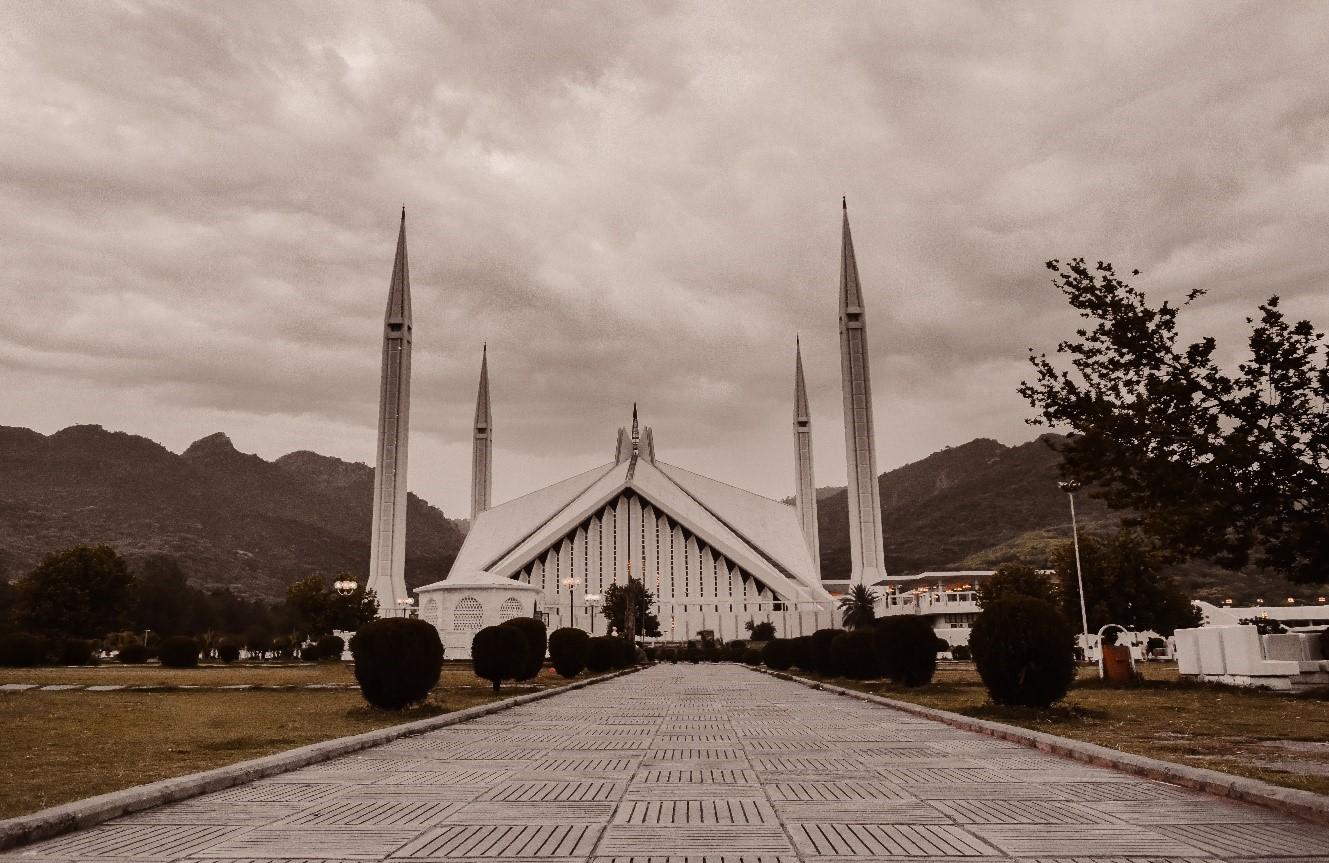 The eye-popping Shah Faisal Mosque, nestled at the foot of the Margalla Hills, Islamabad, is one of Asia’s largest mosques, reflecting an eclectic blend of ultramodern and traditional architectural design styles.

The whole structure covers an area of 33 acres which dominates the landscape of Islamabad in beautiful Pakistan, a significant attraction for visitors.

It was the largest Mosque in the world until 1993, when the mosques in Saudi Arabia overtook it. However, Faisal Mosque is now the sixth-largest Mosque in the world in terms of capacity. Moreover, The International Islamic University used to be housed on the Mosque grounds and prayer, but it moved to a new campus in 2000. Also, the mausoleum of the late President, Zia-ul-Haq, is adjacent to the Mosque.

During an official visit to Pakistan in 1966, King Faisal-Bin-Abdul-Aziz sponsored the Pakistani government to establish a National Mosque in Islamabad.
In 1969, an international competition was held in which architects from 17 different countries submitted 43 designs. The winning design was by a Turkish architect, Vedat Dalokay. The land of the mosques has 46 acres, and they gave the execution to a Pakistani engineer and staff.
The Mosque was built in 1976 after a $28 million grant from Saudi King Faisal, whose Mosque’s name bears. After his assassination in 1975, King Faisal-Bin-Abdul Aziz helped raise funds for the Mosque, and both the Mosque and the road leading to it were named after him. Shah Khalid, the successor of King Faisal-Bin-Abdul-Aziz, laid the foundation stone for the Mosque in October 1976 and signed the building contract in 1978. However, the Mosque was completed in 1986, the first prayer offered on June 18, 1988. 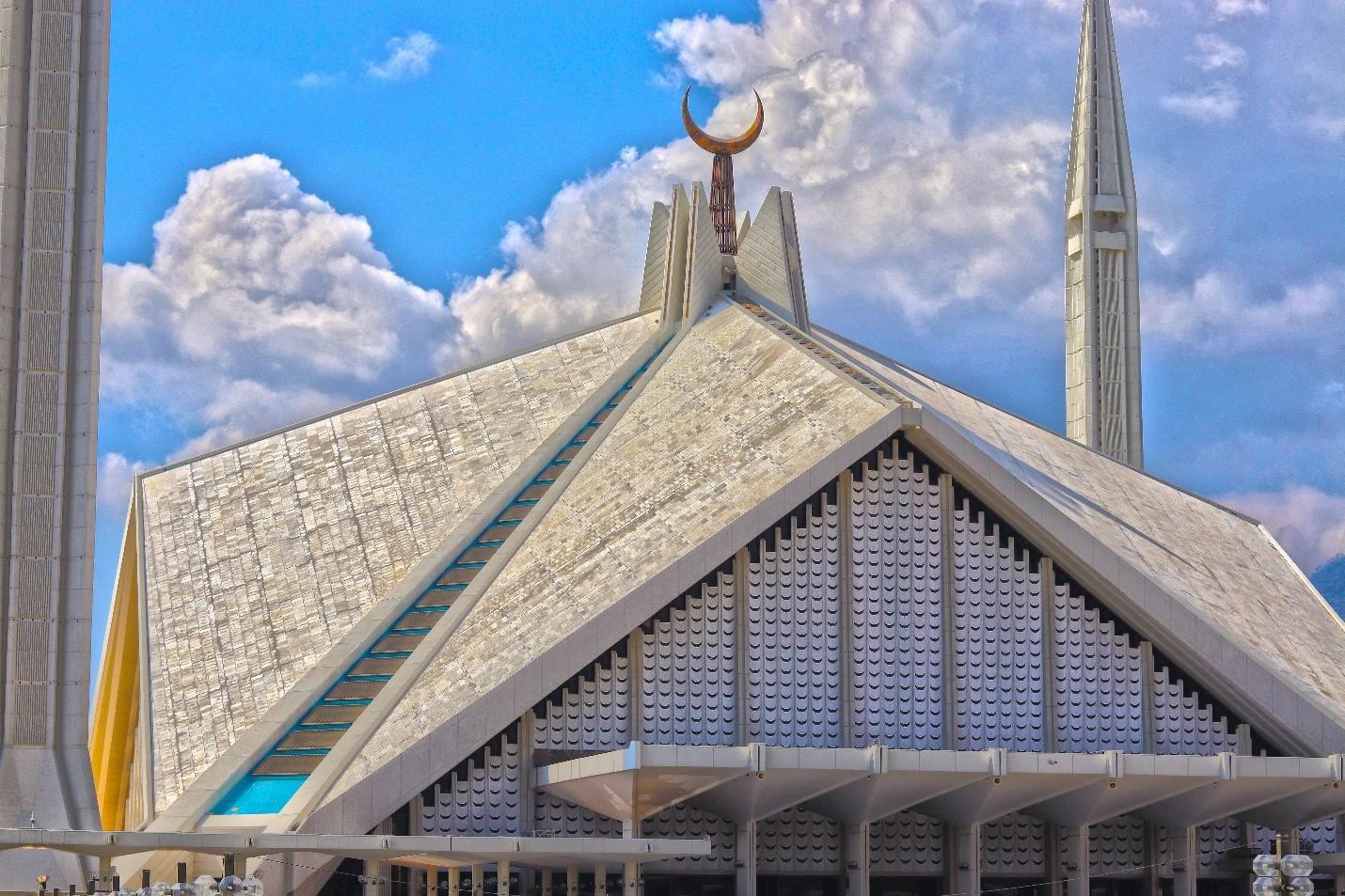 About 300,000 worshippers can accommodate in Faisal Mosque at a time. The mosque’s four minarets are 79 meters (259 feet) tall and 1010 meters in diameter (the tallest minarets in South Asia). Inside, the air hums with muffled recitations. The mosque has an eight-sided concrete shell with a contemporary style influenced by a Bedouin tent.
The Mosque’s geometric design and clean lines make the impressive scale hard to discern until you are up close. In the designer’s imagination, the Shah Faisal Mosque resembles the Holy Kaaba. In a strictly abstract way, he attempted to capture the essence, proportion, and geometry of the Kaaba.

Instead of using traditional domes, Vedat Dalokay built an eight-sided main hall that resembled a Bedouin’s desert tent from the Arab world. He also built four 80 m (260 ft) tall minarets on all four corners of the main hall, making them the most towering minarets in South Asia. The main prayer hall, supported by four concrete girders, is the building’s main structure.
In addition, Turkish architecture influenced the four peculiar minarets. The prayer hall is approached from the east via a courtyard with entrances.

Besides, the main tent-shaped hall’s interior is paved in white marble and features mosaics and calligraphy by renowned Pakistani artist Sadequain and a magnificent Turkish-style chandelier. Furthermore, the Kalimah, written in early Kufic script and replicated in a mirror image pattern, adorns the west wall in a mosaic way.
Above and beyond, a library, lecture hall, museum, and cafe are also situated inside the Mosque.

How to Get There

To get there, take an intercity bus or a taxi to 8th Avenue; visitors are welcome, but non-Muslims should refrain from visiting during prayer times and on Fridays. Besides, before entering the courtyard, leave your shoes at a counter and dress conservatively (women should bring a headscarf). Indeed, it is the best place to visit in Islamabad. 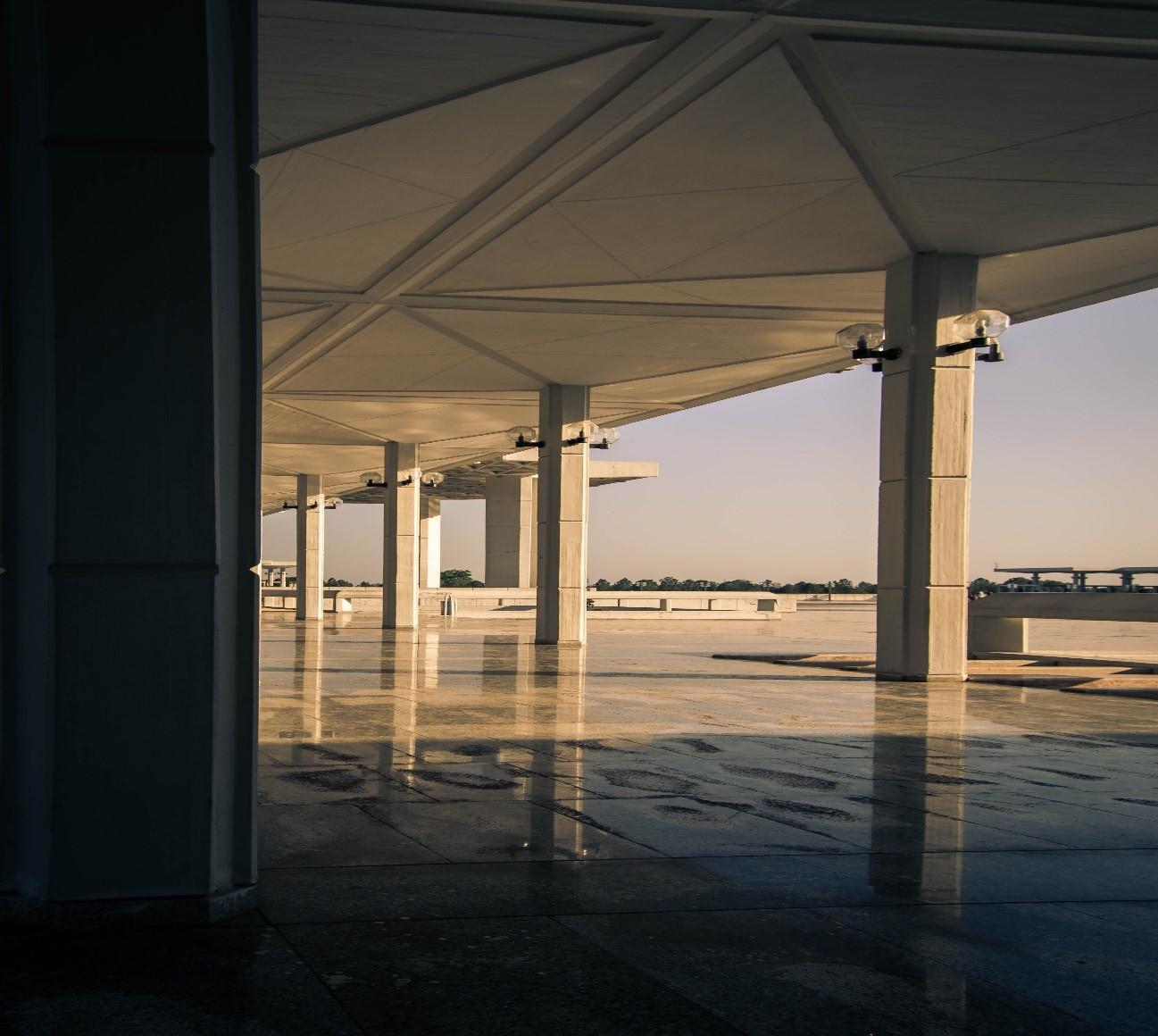