Kalash valley is at a distance of 40 Kilometers from Chitral.

At a distance of 40 Kilometers from Chitral, along the Pakistan-Afghanistan border, at an elevation of 1,670 meters lies the remote but one of the most beautiful valleys of Pakistan in the Hindu Kush known as Kalash Valley. The traditions, customs, and culture of Kalash Valley bear a striking contrast with the rest of Pakistan.
It is also known as “Kafiristan” (Land of non-believers) as the religion followed in the majority of the valley is not Islam but a form of Animism and ancient Hinduism.
Kalash Valley consists of three main villages namely Bumbret the largest and most developed in the valley, Rumbur the second village, and Birir the third and the least developed village. Bumbret is the village most visited by the tourists; however, it is said that to truly experience the culture of Kalash valley visiting the smaller villages is advisable as they are less commercialized.

The average climate of Kalash Valley is moderate. The average temperature being 15 Degree Celsius. During the winter months, however, the valley received more rainfall. 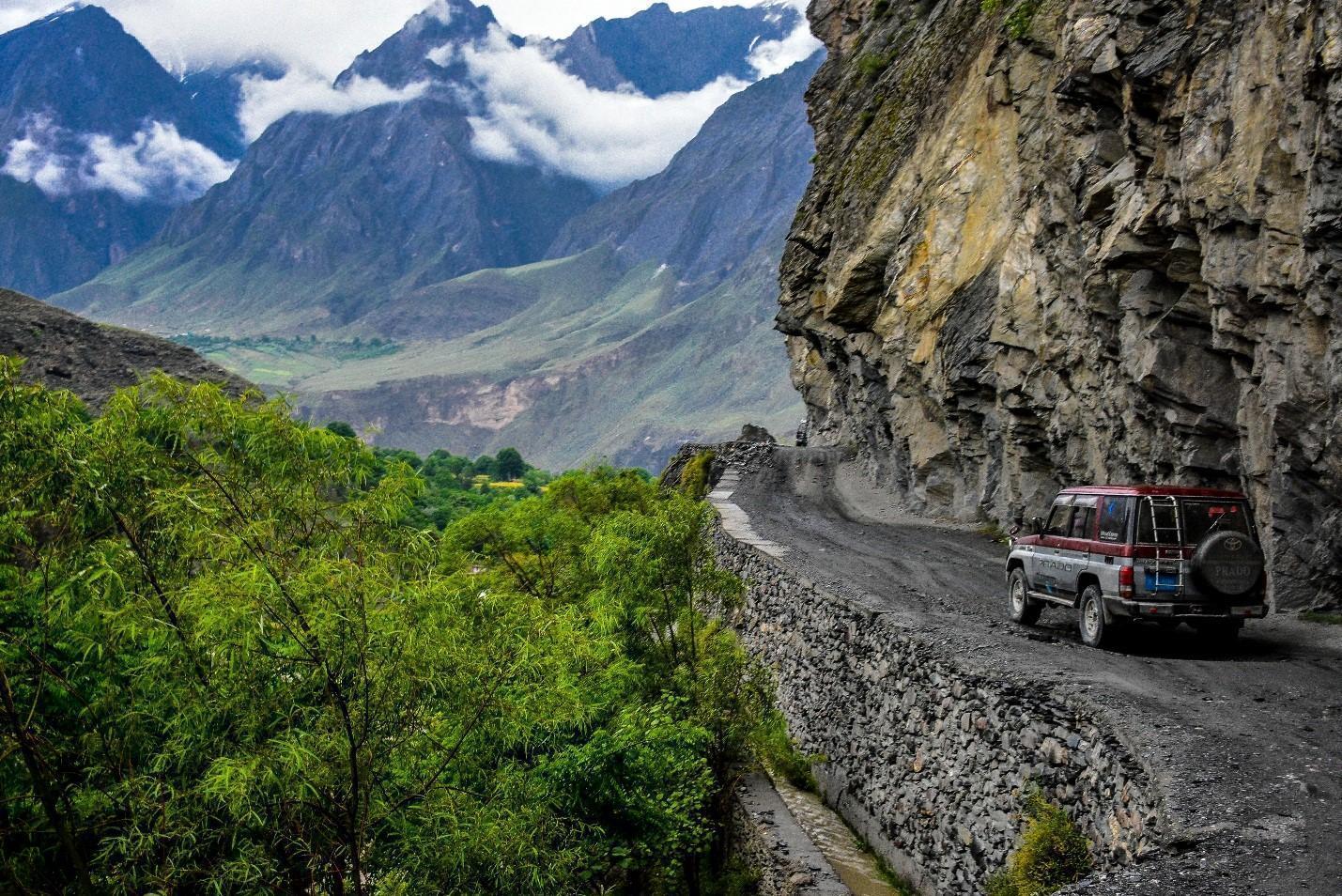 What to do in Kalash:

There is a lot that can be done in Kalash Valleys. The region offers a view of many high peaks including Rakaposhi.
Kalasha Dur Museum is a place that offers a good insight into the history of the valley.
Kalash valley is mostly visited due to its colorful culture that has become a major attraction for both domestic and international travelers.
Kalash valley offers an unforgettable experience of their rich culture that includes many festivals around the year.

What Happens in Kalash:

It is celebrated in the middle of May to mark the arrival of Spring. The festivities include people gathering dancing to the beat of their local drums. The houses are decorated and people accessorize all their clothes. During Chillam Joshi people serve milk that they have been saving for 10 days before the festival. During this festival, the Kalashi people thank their Gods and purify one-year-old babies. 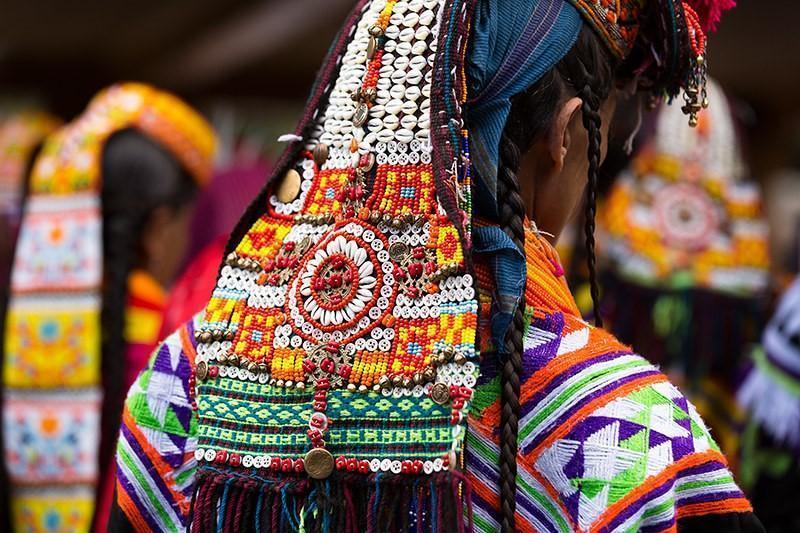 Celebrated during Autumn in August during which newly made cheese is served. Dancing and singing make up for most of the festival.

Celebrated during the winter solstice (7th – 22nd December) is the most important festival of the year and is dedicated to their God Balimain and they believe that he visits Kalash from the mythical homeland Tsyam for the festival. This festival marks the end of the year and is offered as a thanksgiving to their God for the year’s harvest. Other rituals of the festival include purification of previously impure persons by waving a band of fire above their heads by a shaman. The pure men sing old songs and involve in a ritual that requires some men to dress up as women as their God Balimain is seen both as a man and woman. During this, the songs of fertility are sung.
Another yearly occasion for the Kalashi is their inter-village ball game tournament known as Chikik Gal that happens during the winter.

The people of Kalash have considered ancient people of Asia whose elders migrated to Chitral and settled there. There are many myths about the origin of the Kalashi people, the most popular and prevalent of those is them being the descendants of Alexander the Great’s army. Another tale is their ancestors migrating to Chitral from the land of Tsiyam – The original homeplace of Kalashi people which they keep referring to in their folk songs.
Kalashi people are the smallest ethnic and religious minority of Pakistan. They are polytheists and there used to be over 200,000 of them but over the decades their numbers have dwindled to 3000 – 4000 owing mainly to forced conversions and persecution. Many have converted to Islam of their own will and once they do, they are not allowed to remain a part of the local community anymore.
The people of Kalash are friendly overall and are a subject of interest for outsiders however it is important to keep in mind to ask for permission before pursuing photography or interviewing. 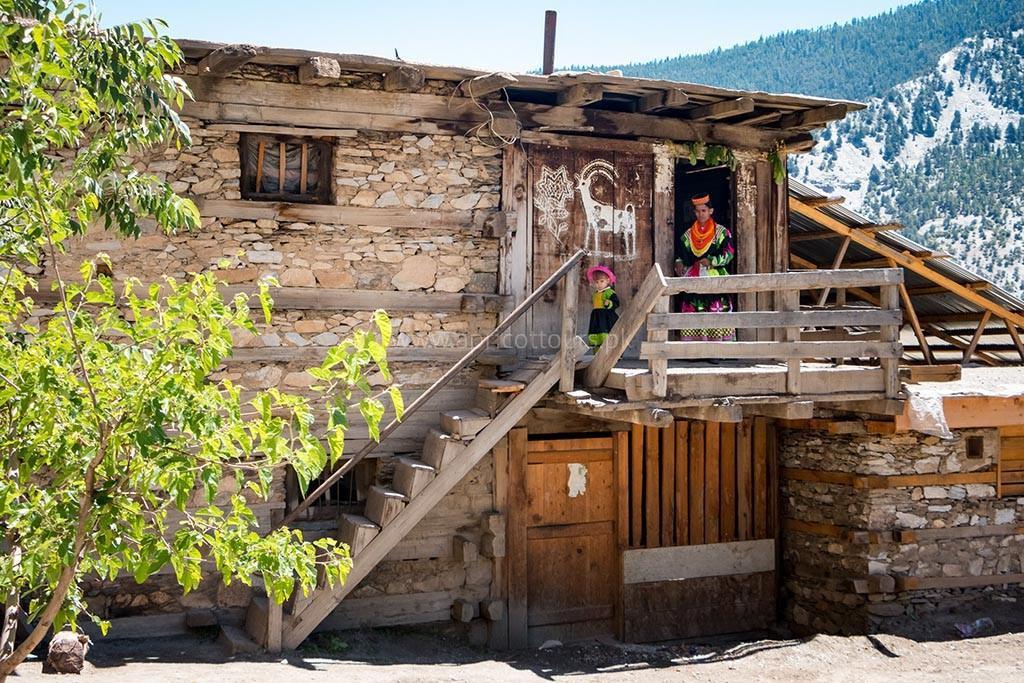