The Pakistan Monument is a national monument in Islamabad that is shaped like a petal.

The Pakistan Monument is a national monument in Islamabad that is shaped like a petal. It is situated in the western Shakarparian Hills and the best place to visit in Islamabad. The magnificent Monument was erected to reflect Pakistanis’ unity and patriotism. It also honors the martyrs who laid down their lives for the sake of our country and its people.

The majestic dome-shaped Monument’s architecture represents our history, culture, and heritage. Due to its picturesque location and unique architecture, it is one of Islamabad’s most popular tourist destinations. Moreover, it can be seen from the twin cities of Islamabad and Rawalpindi due to their high elevation. Therefore, it offers an insight into Pakistani’s beautiful history and helps one observe and focus on the city of Islamabad.

Former Pakistani President Pervez Musharraf suggested building a national monument in Islamabad in 2002. President Musharraf tasked the Ministry of Culture with collaborating with the Pakistan Council of Architects and Town Planners to organize a design competition for the landmark after the foundation stone was laid in 2004.

The theme and concept represented Pakistan’s resilience, unity, and commitment. Twenty-one different architects from all over Pakistan submitted plans, and the council selected three to be considered. Finally, Mr. Arif Masoud was entrusted with the task of creating the Pakistan Monument. 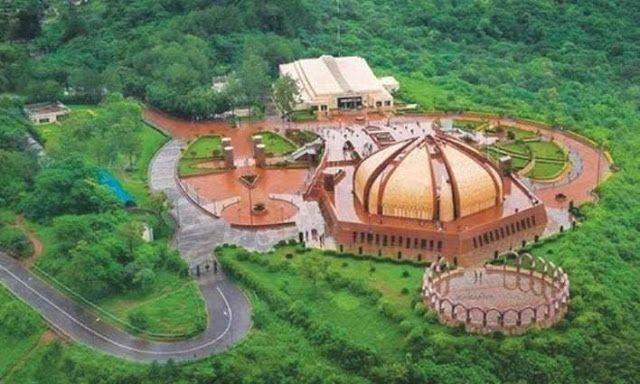 In 2015, the complex received 1500 tourists a day on average, with 0.57 million visitors. Aerial view of the Monument shows it as a star (center) and a crescent moon (formed by walls forming the petals), which represent the Pakistani flag’s star and crescent.

The Monument is constructed on approximately 2.8 hectares (6.9 acres) of land, and its design is influenced by Mughal architecture – the dome-shaped structure is modeled after Mughal muqarnas. However, as a refined and modernized version of the Mughal muqarnas, what we see in the landmark is a blend of history and technology.

The Monument’s architecture symbolizes Pakistani unity and solidarity. The memorial and the museum are the two main buildings. The four central petals reflect Pakistan’s various provinces and cultures: Punjab, Sindh, Balochistan, and Khyber Pakhtunkhwa. On the other hand, the smaller petals reflect the minorities of Gilgit Baltistan, Azad Jammu, and Kashmir. 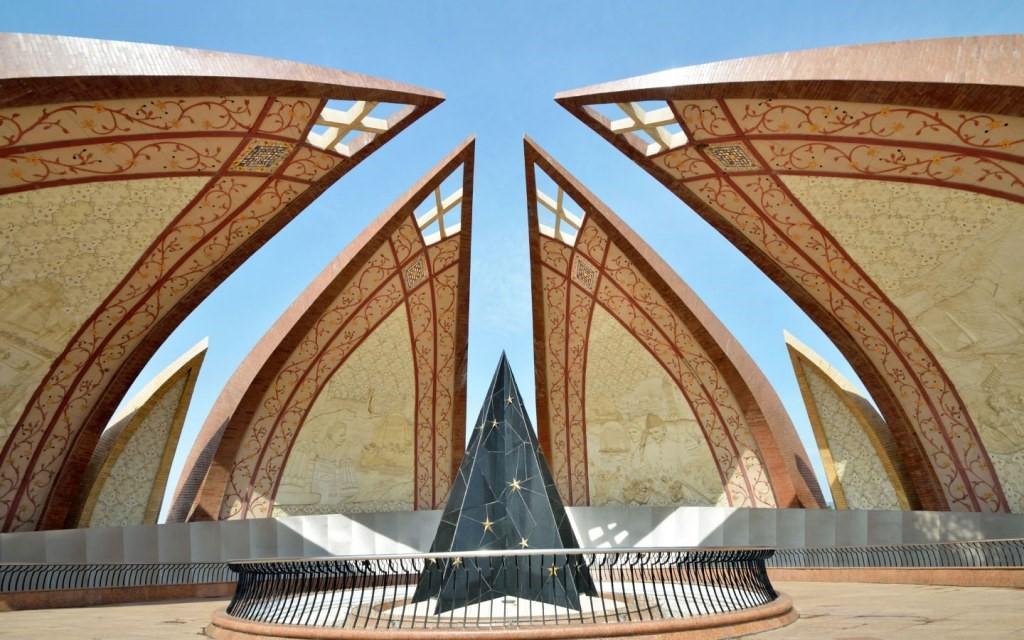 The grand structure is built of marble imported from Spain and granite imported from Brazil. The petals’ inner walls are adorned with stunning artwork. They depict many Pakistani landmarks, including the Minar-e-Pakistan, the Khyber Pass, the Badshahi Mosque, and Pakistan’s independence story.

Looking at the first petal of the National Monument, you will appreciate the elegance of the Faisal Mosque in Islamabad, the Shah Jahan Mosque in Thatta, and the Makli Necropolis in Sindh, the port city of Gwadar, and the detailing of the Rohtas Fort near Jhelum.

The second petal depicts portraits of our creator, Muhammad Ali Jinnah, the Mother of the Nation, Fatima Jinnah, and Pakistan’s historical landmarks. Finally, it shows a crowd applauding during one of Quaid-e- Azam’s appearances.

Finally, photographs of the famous Sheesh Mehal, the Uch Sharif Tomb, Islamia College Peshawar, the Ziarat residency, the Khyber Pass, and a few other magnificent places in Pakistan are reflected in the artwork on the fourth petal. 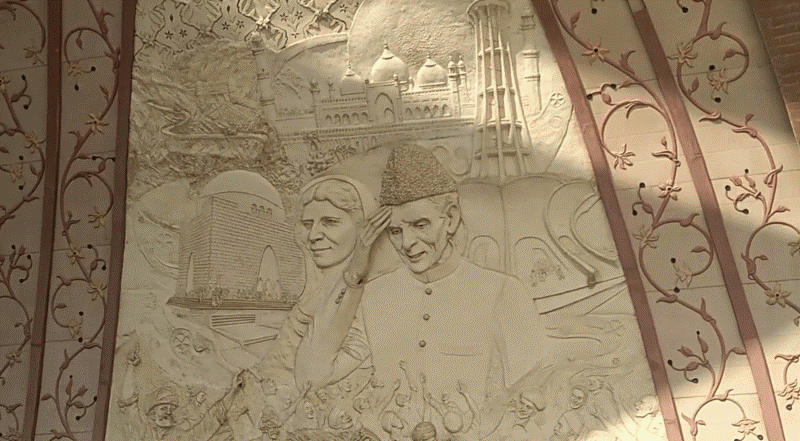 If you look closely, you’ll find that each of these petals has an illustration that depicts a story about Pakistan. A team of talented artists led by Kausar Jahan and Zarar Haider Babri put in about 119,000 hours of devoted effort to create these petals.

The four pillars that show Quaid-e-Azam’s motto “Unity, Faith, Discipline” in English and Urdu are among the Monument’s other features. A massive fountain rises from the Monument’s base, providing a magnificent sight for tourists. A wall next to it is dedicated to all involved in the Monument’s construction, with handprints of architects, engineers, designers, and laborers. At the main Piazza’s entrance, the chief architect, Arif Masoud, is carved in stone. 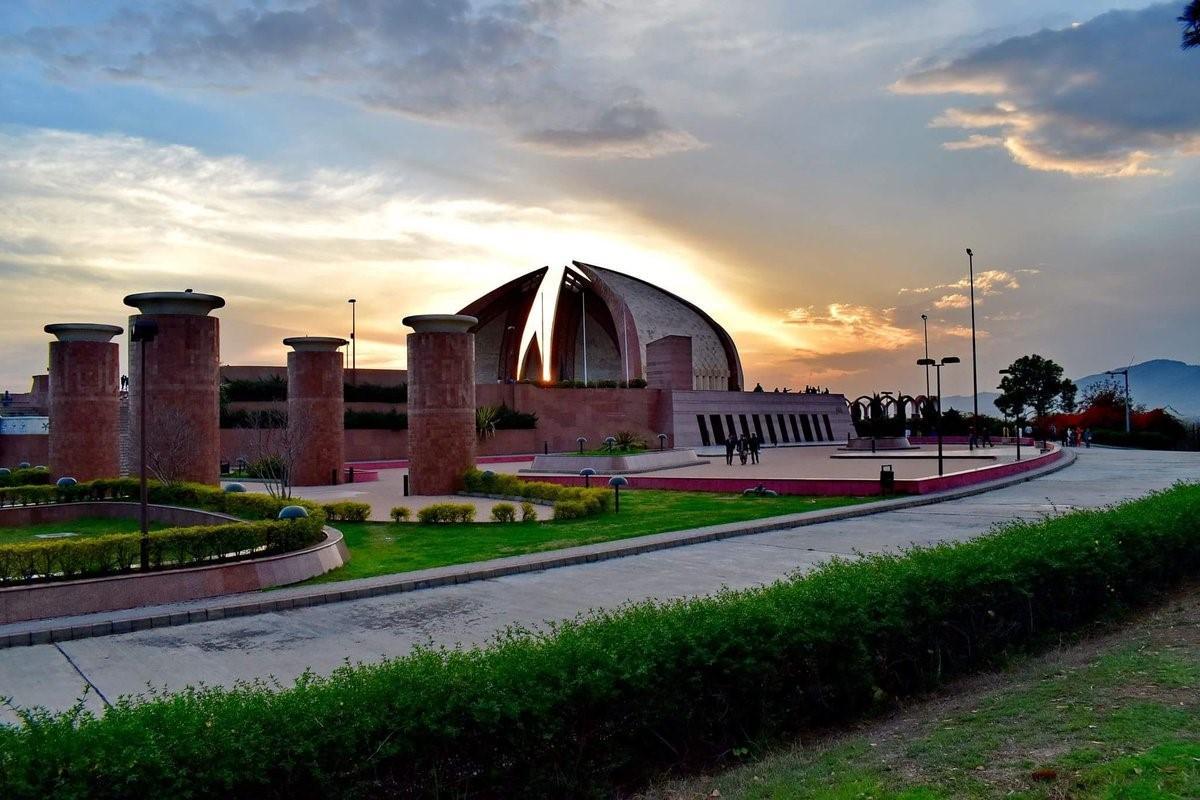 A stunning terrace with circular entrances adjacent to the Monument offers a 360-degree view of the entire city. Because of its architecture, the Pakistan Monument is a fantastic place to visit; the venue is a bonus.

Several portraits, wax sculptures of historical figures, and other historical images can be found in the heritage museum. It is a timeline of our history, beginning with 7000 BC and ending in 1947. 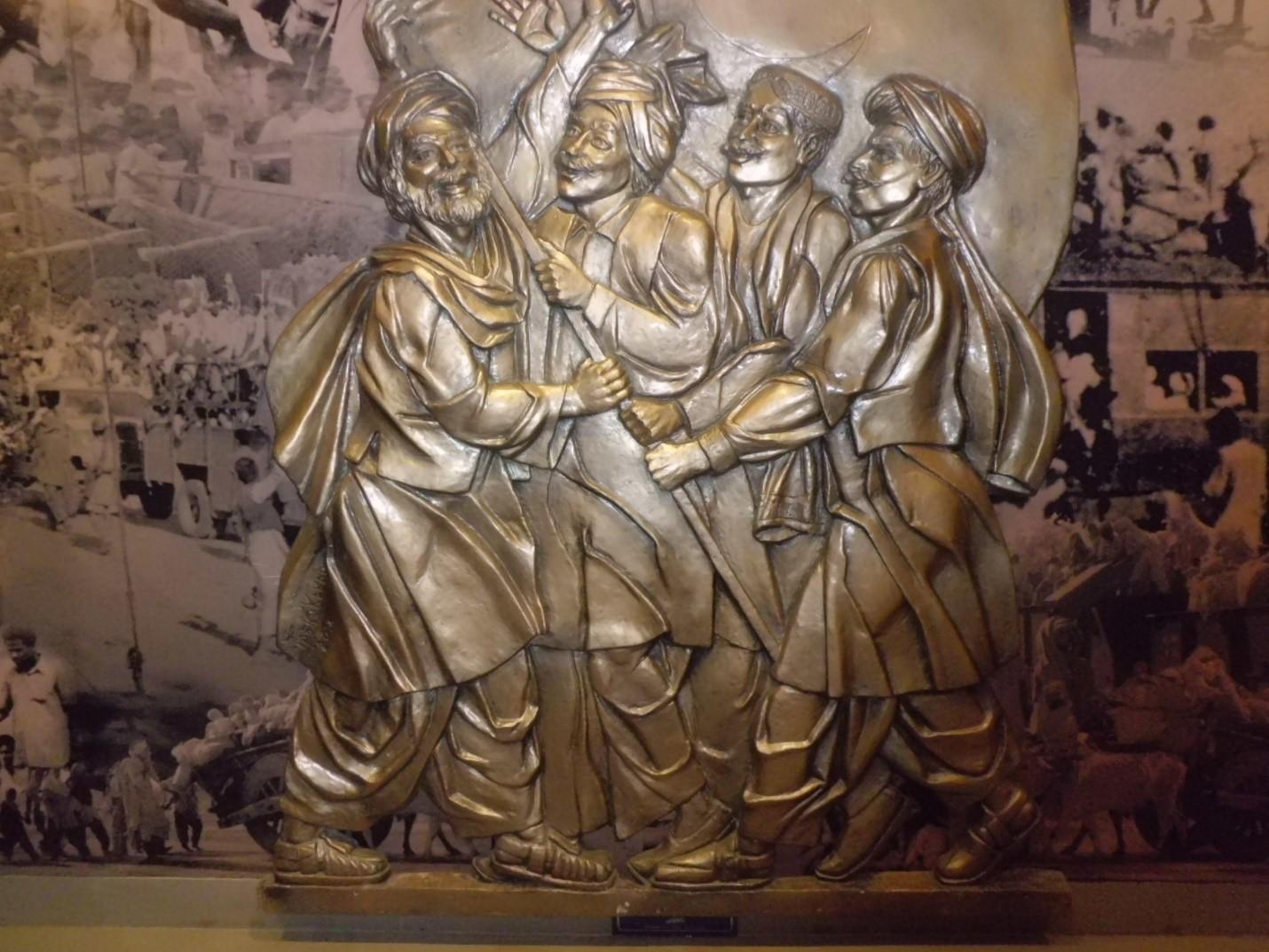 It explains the origins of Islam, the Mughal period, the pre-partition history of the Pakistan movement, and the significant events that led to the subcontinent’s partition.

The reference library, which has an Audio-Visual Facility, is available to anyone searching for old national documents, historical speeches, books, and manuscripts. The museum also has a meeting room and a Panorama Hall (auditorium) seating for sixty-two people.