The walls are adorned with mirror work, and the ceilings are painted artistically.

“Architecture is the biggest unwritten document on history.” 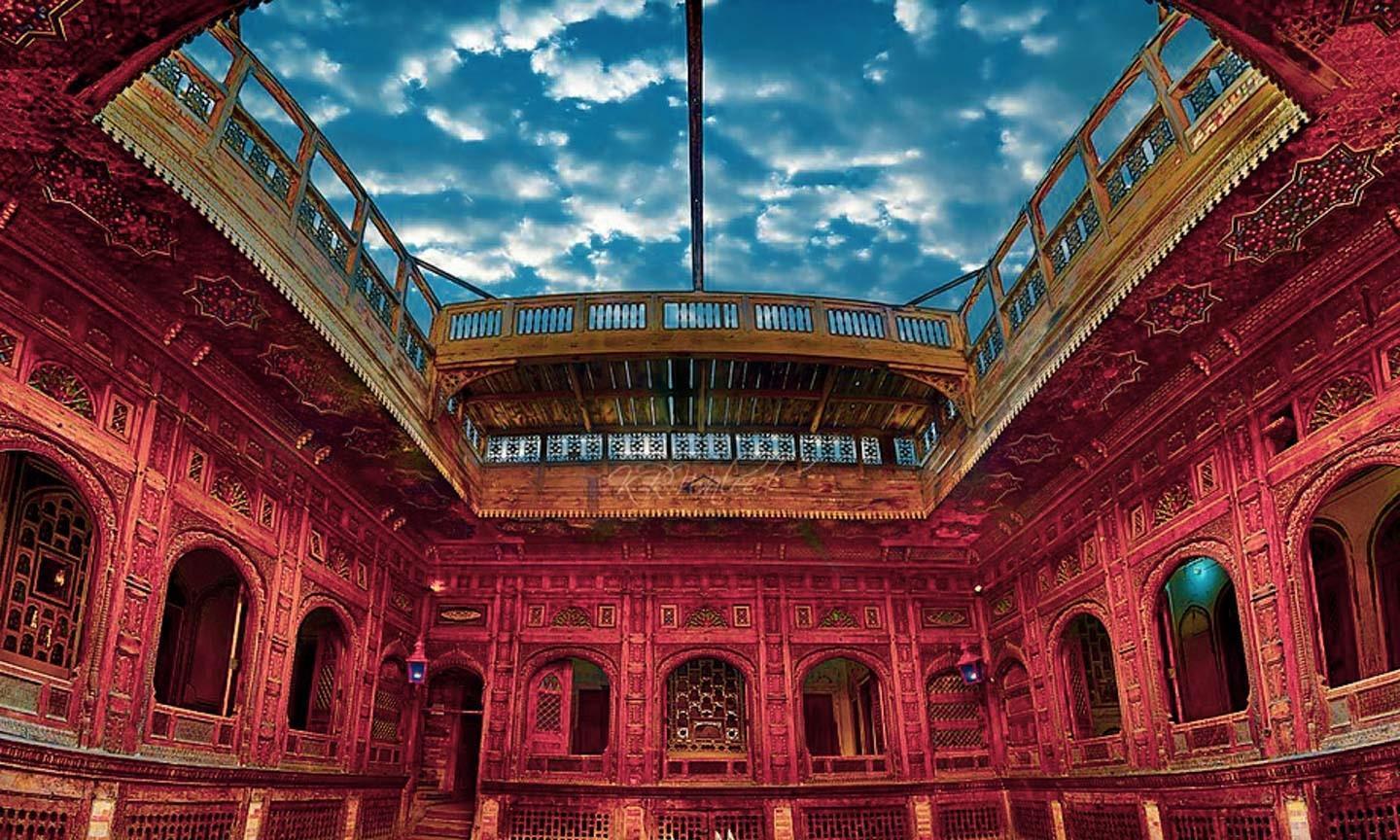 This 19th-century architecture marvel, a traditional neighborhood representing the cultural and architectural heritage, has a remarkable structure. The residential compound is known as Sethian or Sethi Mohallah, in the old city of Peshawar, near the Ghanta Ghar in Bazaar Kalan outside the western gate of Gor Khatri.
The complex comprises six to seven residential units, mainly mansions. Sethi House is a significant tourist attraction and the best place to visit. 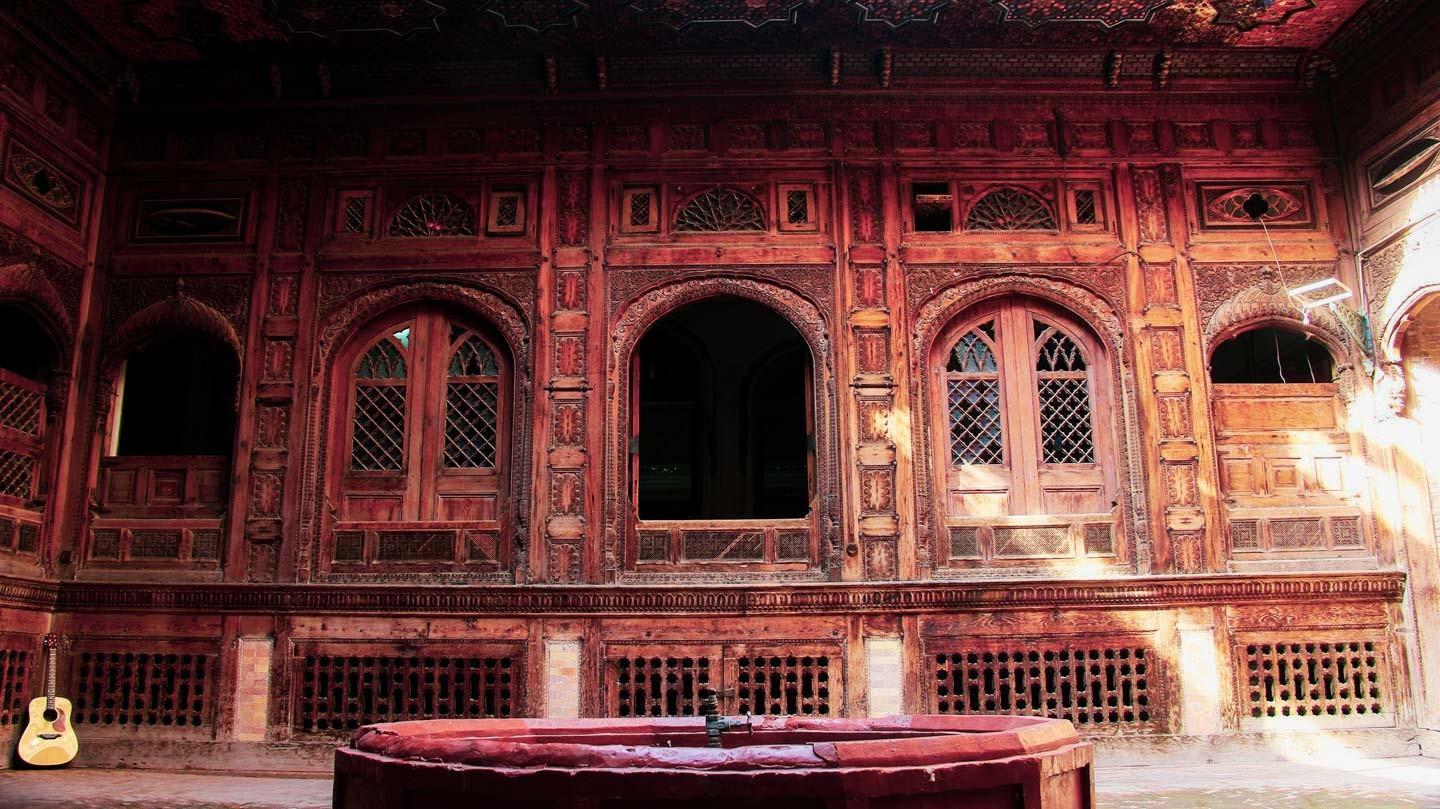 The Sethi family was a merchant who traded from central Asia to Europe. They kept money and valuables in a large safe in the complex’s basement. Unfortunately, during WWII, their money, held in Russian currency, was all lost.
After that, Karim Bakhsh Sethi built the primary mansion of the complex. However, the history department of the KPK government took the current “Sethi House” over and converted it into a museum after renovations.

The house was built primarily out of bricks, wood, sand, and jute, with magnificent sculptures, glass, and woodwork incorporated as decorative elements with carved wooden doors and balconies to augment the aesthetics. It has a fountain, twelve rooms, and four basements.
In addition, there are two neatly decorated tehkhanas (basement rooms), a balakhana (upper floor), dalaans (enormous halls), chinikhanas (rooms where decoration and art pieces are displayed on chimneys), and fountains in each house.
Some of the prominent features of the house include a large resting place made of wood called Takht-e-Sulaimani. In addition, it has beautiful vents, slanting window-shades, wooden wall cupboards, chimneys, and red bricks stairs with projected wooden frames.

Moreover, light reaches every section of the house, including the double basement with cross ventilation. The main mansion has a beautiful courtyard as windows from all rooms open into the yard. Besides, a centuries-old fountain stands in the courtyard’s heart, genuinely reflecting the glimpses of vernacular architecture of Bukhara, the inspiration behind the Sethi complex architecture. 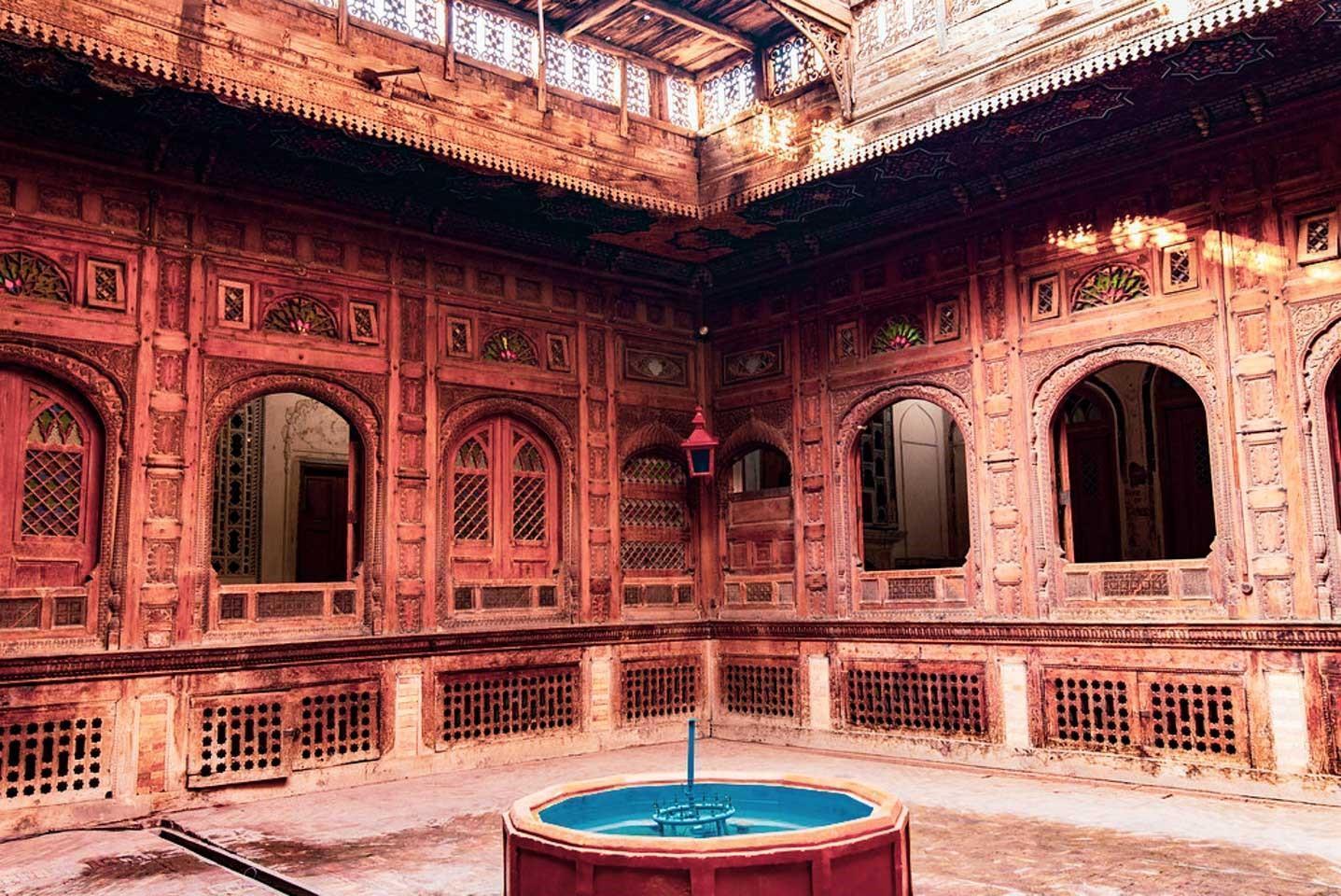 The walls are adorned with mirror work, and the ceilings are painted artistically. The tops include intricate geometric motifs created by artisans, and the glasswork design on the roofs of each room varies. Also, the central beautifully carved wooden doors, with painted mirrored atriums, provide fresh air and attractive views.
A single water well and tiny tanks are built into the walls that provide water to each floor. In addition, every room has a chinikhana (chimney) with wall decorations.