Takht-i-Bahi is a primary tourist attraction because of its historical significance. 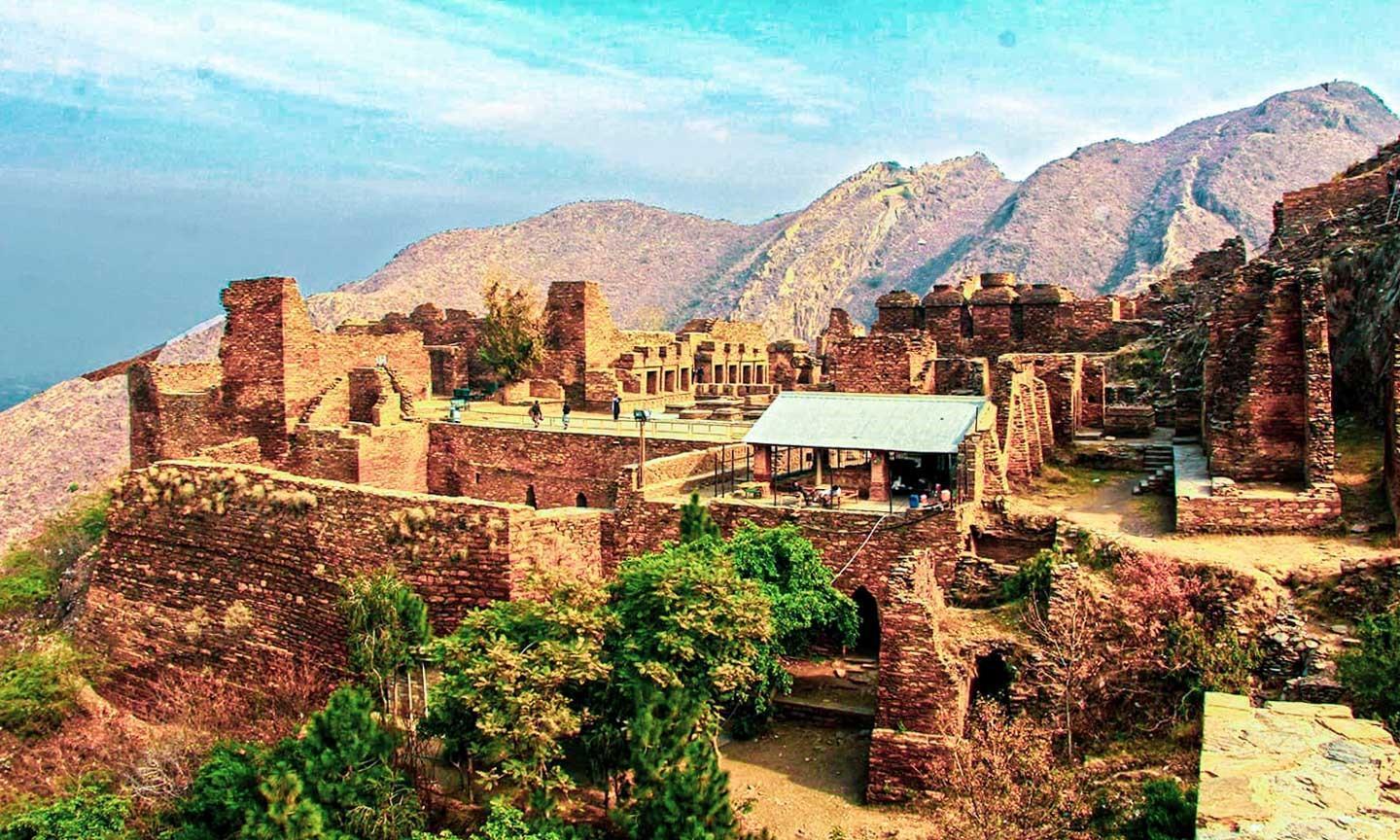 The ancient ruins of Takht-i-Bahi in Pakistan are a hidden historical jewel waiting to be discovered by individuals who enjoy investigating archeological sites and have a keen interest in history. Takht-i-Bahi is a primary tourist attraction because of its historical significance. In addition, this Buddhist monastery has some of the most significant relics from the Gandhara civilization. The building is located at a serene spot, making it a treat for the tourists who can enjoy the rich history and beautiful location. The site got its name because of the two wells on the hills. “Takht” means top, and “Bahi” means spring, which means “a spring emerging from the top.” While in contrast, according to scholars, the Persian name ”Takht-i-Bahi” means ”throne of water springs”. Two springs used to run through the summit of the hilly edge where the monastery was located; thus, the name seems appropriate.
This vast stone structure, which dates back to the 1st century AD, is one of the world’s best-structured and well-preserved Buddhist monasteries.
Pakistan is home to six UNESCO World Heritage Sites, and the Buddhist ruins of Takht-i-Bahi and Shahr-i-Bahlol are one of them. The famous Buddhist Complex in Pakistan was added to the list in 1980. 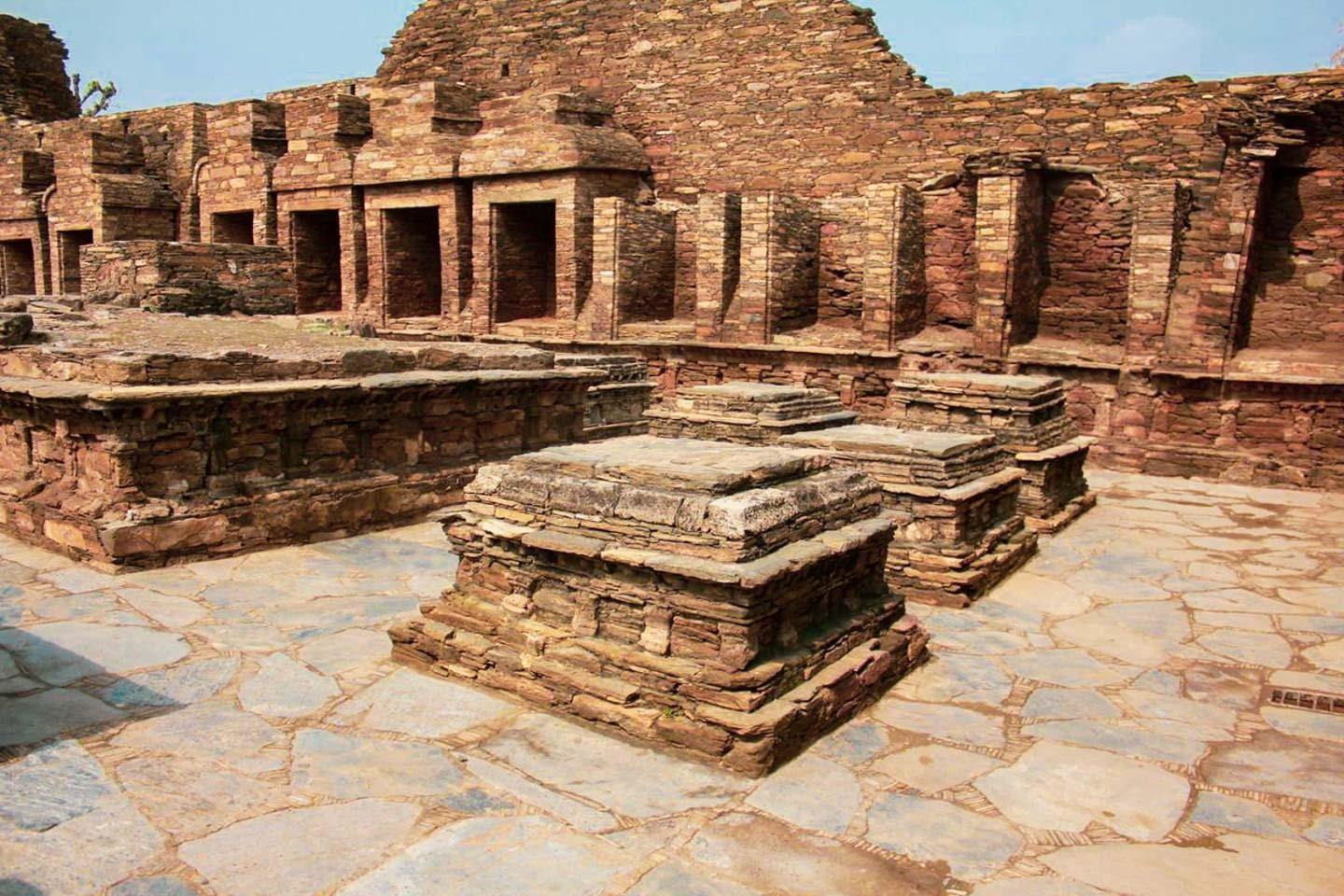 Takht-i-Bahi Buddhist Complex is the most impressive and extraordinary Buddhist relic ever uncovered in the former Kingdom of the Gandhara region, making it the best place to visit for admirers of history. Therefore, archaeologists, historians, students, and tourists worldwide visit the ruins of the nearby historical city of Shahr-i-Bahlol, located just a short distance from the archaeological site Takht-i-Bahi in Pakistan.

The ruins of the Takht-i-Bahi Buddhist monastery are 15 km away from the modern-day city of Mardan in the province of Khyber Pakhtunkhwa, in a mountainous area. The city of Peshawar, which serves as the capital of Khyber Pakhtunkhwa, is 80 km away from this stone structure.
The monastery is located on top of a small mountain at the height of around 500 feet. Meanwhile, immediately next to Takht-i-Bahi is the old fortified city of Shahr-i-Bahlol, which dates from the same era. Nearby, there is a modern village with the same name. The ruins are only 2 km from the area’s main bazaar.

The area around the archaeological site is primarily used for agriculture, with wheat, sugarcane, and vegetables being the most common crops.
Although the area, including the village, was initially considered inaccessible. The increasing popularity of Shahr-i-Bahlol and Takht-i-Bahi in Pakistan has resulted in roads and parking lots. 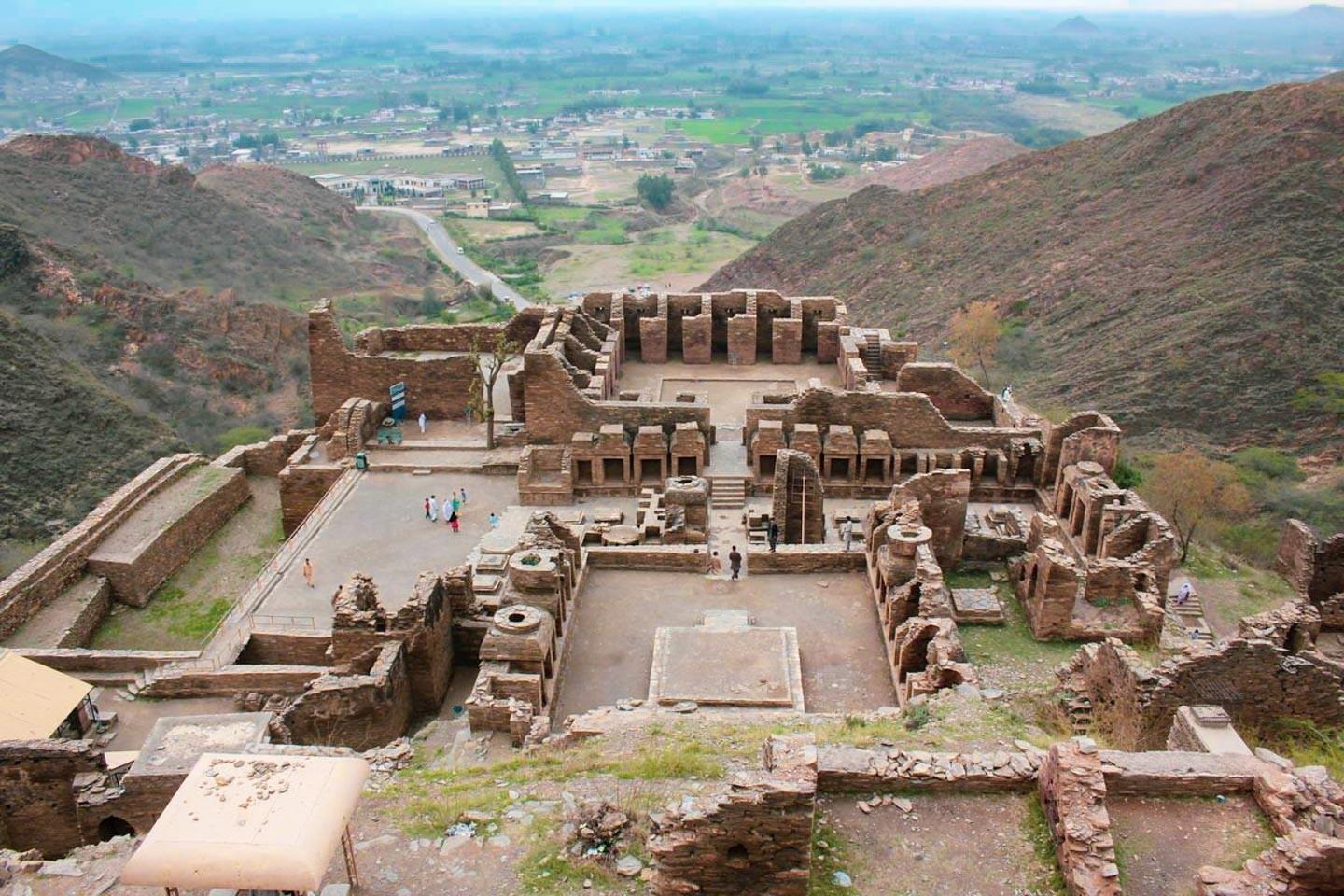 Gondophares I, the founder and most powerful monarch of the Indo-Parthian Empire, are mentioned in the Takht-i-Bahi inscriptions. The result shows that the Buddhist monastery of Takht-i-Bahi was founded at least 2,000 years ago.

According to experts, it began as a modest, isolated construction in the Indo-Parthian Kingdom. However, over the next 800 years, the site grew into a massive and influential complex of monasteries and stupas. More monk cells and a temple complex were constructed as Takht-i-Bahi’sTakht-i-Bahi’s reputation, and influence rose in the region.

The nearby city of Shahr-i-Bahlol helped to fund this monastery. The ruins of the old town indicate that the fortified area was formerly home to Buddhists. Residents often brought food and other offerings to the monks who lived in the Buddhist Complex of Takht-i-Bahi.
Hundreds of Buddhist temples and monasteries were demolished by the Huns of Central Asia to expand their empire in the 5th and 6th centuries AD. Still, Takht-i-Bahi, in the heart of Gandhara civilization, remained primarily unchanged.

Despite surviving an invasion and subsequent damage, the place was eventually abandoned in the seventh century AD. According to experts, the monks began to depart from the ancient sites due to declining donations and offerings.
The archeological site of Takht-i-Bahi in Pakistan was first rediscovered in the early 1900s, with excavations beginning in 1907. 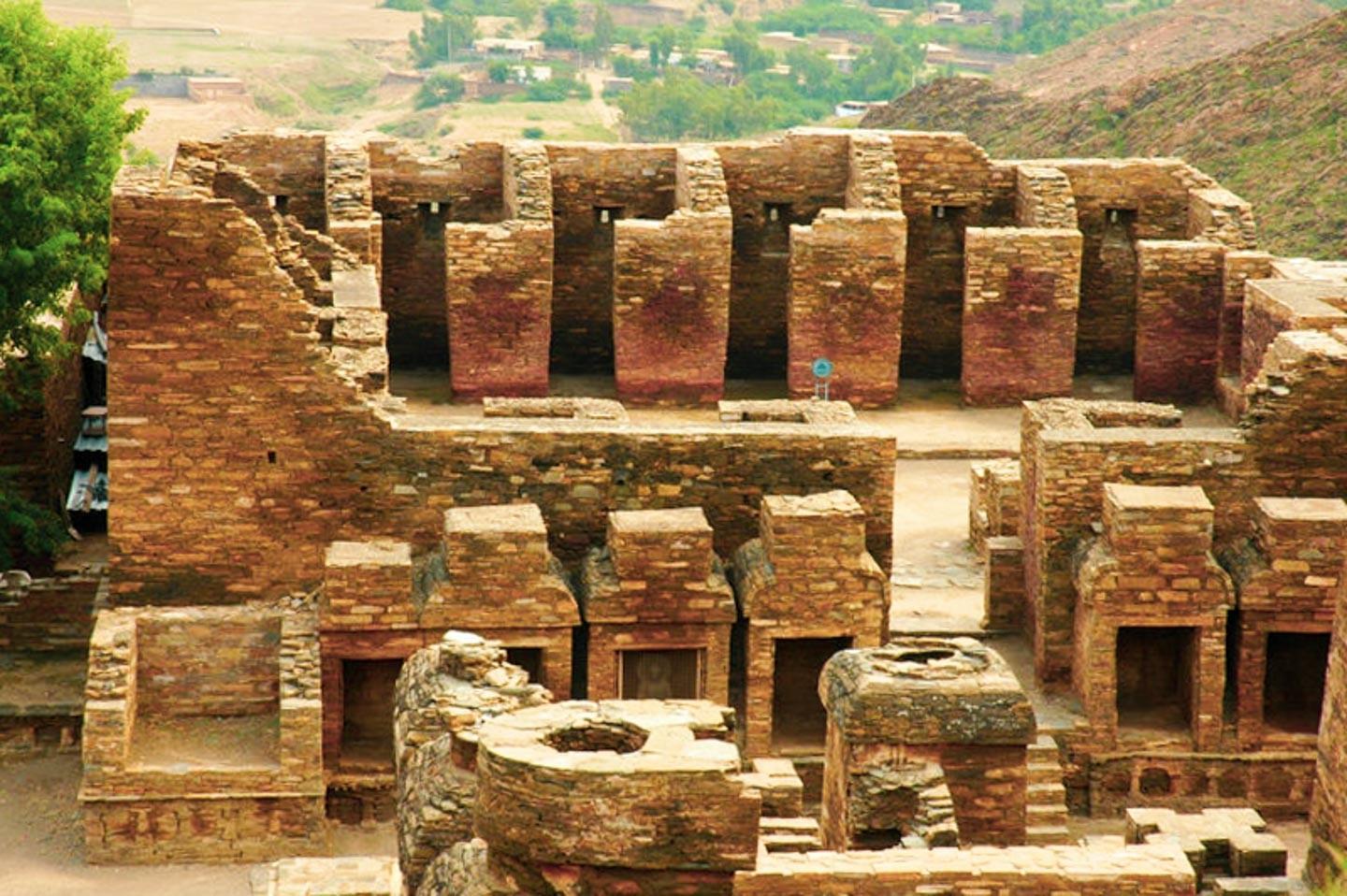 The Architecture of Takht-i-Bahi Complex

Takhti-i-Bahi is one of the best-preserved Buddhist monasteries of its time. The architecture of Pakistan’s Buddhist monastery Takht-i-Bahi consists of four main components.
• The Stupa Court, which is in the middle courtyard.
• The monastic chambers, which include individual monk cells, dining areas, and meeting halls
• A temple complex that was built later.
• A small, dark cell for Tantric meditation is part of a monastic complex. At Takht-i-Bahi Buddhist Complex, all the constructions are composed of stone and mud.