It’s where families gather on weekends, public holidays, and notably during the winter and summer vacations.

Lahore is renowned as the “City of Gardens” in Pakistan’s beautiful province, Punjab, and administrators have worked hard to ensure that parks throughout the metropolis are well-maintained and well-kept over the years. As a result, Lahore Zoo, like Shalimar Gardens, Jallo Park, and Jinnah Park, is one of Lahore’s most well-known sites for open, lush green spaces.

The subcontinent’s oldest zoo, with various animals and birds, is becoming a major tourist attraction. If you are in Lahore, you should visit this site at least once, especially if you have minor children, as it is the best place for them.

The Lahore Zoo, despite its age, has managed to remain in the city’s core – on Mall Road. It shares a wall (or green belt) with Jinnah Park, allowing you to see rare plant and animal species on both sides of the fence in a single trip. Its position makes it convenient for individuals to visit it frequently.

Mall Road is one of Lahore’s oldest and busiest thoroughfares. It holds the majority of government buildings and employees’ homes, and it extends to Old Lahore. The Lahore Zoo is located on the opposite side of Mall Road from the Alhamra Arts Council, another popular tourist destination.

Lahore Zoo was founded in 1872 after the aviary was donated by Lala Mela Ram. The building of this structure began in the 1860s. It was overseen by the Lahore Municipal Committee from 1872 to 1921 before being handed to the Deputy Commissioner and Commissioner, Lahore, and managed by a Zoo Advisory Committee until 1962. Soon after, the West Pakistan Agriculture Department took control, followed by the Livestock and Dairy Development Department.

The exhibits, building layout, landscape pattern, and administration have changed dramatically since its transfer to the Wildlife Department in 1982. Thanks to these initiatives and development work, the Lahore Zoo has become a self-funded organization, covering all its expenses with its funds.

It’s where families gather on weekends, public holidays, and notably during the winter and summer vacations. Lahore Zoo attracts over 4.5 million visitors each year, which is unsurprising. It provides clean and green spaces, well-built paths, cafeteria facilities, and various refreshments to guarantee that all visitors have a pleasant time.

You are welcome to come anytime between 9:00 a.m. and dusk. As a result, the time restriction would most likely shift from summer to winter. Aside from that, the zoo is open seven days a week.

This is the zoo’s oldest area, located immediately east of the main gate, as the zoo initially began as an aviary in 1872. The majority of the zoo’s game birds and parrots call it home. Four rows of double-sided birdcages house peafowl, pheasants, partridges, western capped pigeons, and various parrot species such as macaws, grey parrots, etc. 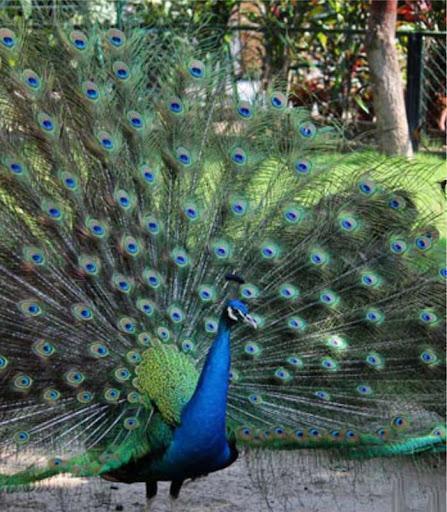 A group of Asiatic jackals, juvenile spur-thighed tortoises, and Asian houbara live in a series of enclosures at the section’s eastern end. A small habitat nearby, which initially housed smooth-coated otters and now houses Indian flap shell turtles and red-eared sliders, also serve as a temporary holding area for the zoo’s immature mugger crocodiles.

The current Lion House complex, which spans 24,500 square feet and costs 5.1 million rupees to construct, was rebuilt in 2012 after being completed in 1872. It consists of three concrete buildings, each with two neighboring outdoor enclosures and internal cages. The zoo’s Bengal tigers and pumas are housed in the first of these structures. The Lahore Zoo now includes fifteen tigers and three pumas, the majority of whom were born there.

The lions are housed in the second structure, which has three indoor compartments and two outdoor cages. The zoo welcomed 13 lion cubs in 2015 and 2016, bringing the number of lions to more than 20. The zoo’s black bear family lives in the third and final building. The zoo’s resident black bear pair has given birth to two litters of two cubs, all of whom are still living at the zoo, in 2009 and 2011. The only enclosure in the Lion House without an inside viewing area for tourists is this one. 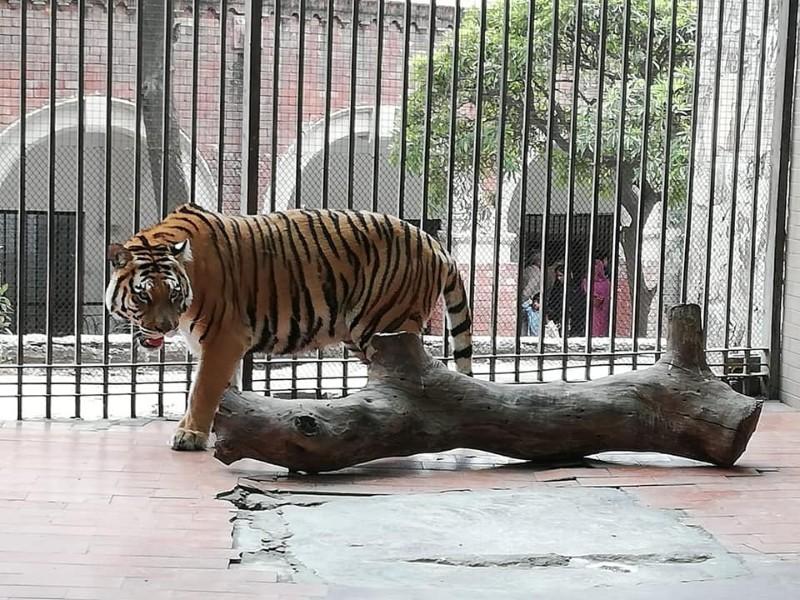 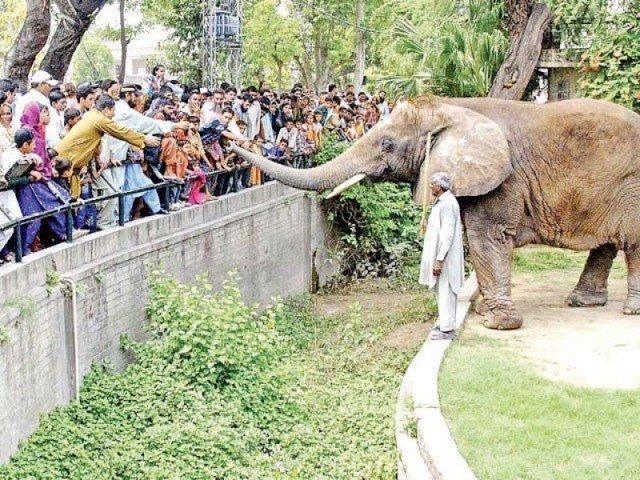 These four new enclosures, built-in 2012 to replace the zoo’s existing out-of-date monkey house, are located just west of the zoo’s main gate. The zoo’s olive baboon family, which now numbers around nine individuals, is housed in the first enclosure. A pair of tufted capuchins and mantled guerezas live in the following two compartments.

A family of velvet monkeys lives in the final enclosure. The zoo’s porcupine family, adult spur-thighed tortoises, and a pair of smooth-coated otters are housed in adjoining cages.

This structure contains a variety of animals, including wolves, swamp cats, and rhesus macaques, as well as the zoo’s chimps. Male Romeo and female Julie, the zoo’s first chimps, was introduced in 1994. Tinku, a male chimp, was born in 2000 but died in September 2004 due to disease. Julie gave birth to two female chimps named Pinky and Honey in August of 2001.

In 2008, Romeo died of pneumonia as well. Juliet died of hepatitis in 2012, and Pinky was killed in 2014, leaving Honey as the zoo’s last chimp. This structure also serves as a temporary holding area for cats of various types, such as leopards, lions, and pumas. In addition, cheetahs and baboons were among the animals historically housed here.

This lake, located south of the Fancy Aviary, is home to various waterfowl and wading birds. It consists of four islands, each featuring some of the zoo’s oldest trees. A banyan tree estimated to be over 400 years old is located near the enclosure. Black swans, Muscovy ducks, smaller flamingos, and Dalmatian pelicans are among the animals housed in this zoo section. A small chamber harboring a pair of wild boars is nearby.

The majority of the zoo’s reptiles, including Indian cobras, Sindh kraits, saw-scaled vipers, and Indian pythons, are housed in this structure. In 2006, the Reptile House was restored to improve display airflow and provide air conditioning for the creatures. Guinea pigs are among the other animals housed. The building also has a small taxidermy museum that displays numerous animals that once resided at the zoo.