Deosai: The land of giants

“The Land of Giants”

When all at once I saw a crowd

A host of golden daffodils;

Beside the lake, beneath the trees,

Fluttering and dancing in the breeze.”

Deosai, locally known as “Ghbiarsa” by Balti folks referring to it as “Summer’s Place”, means it is the best place to visit in summer.  It is the second among the world’s highest plateaus, succeeding Changtang Tibetan Plateau. 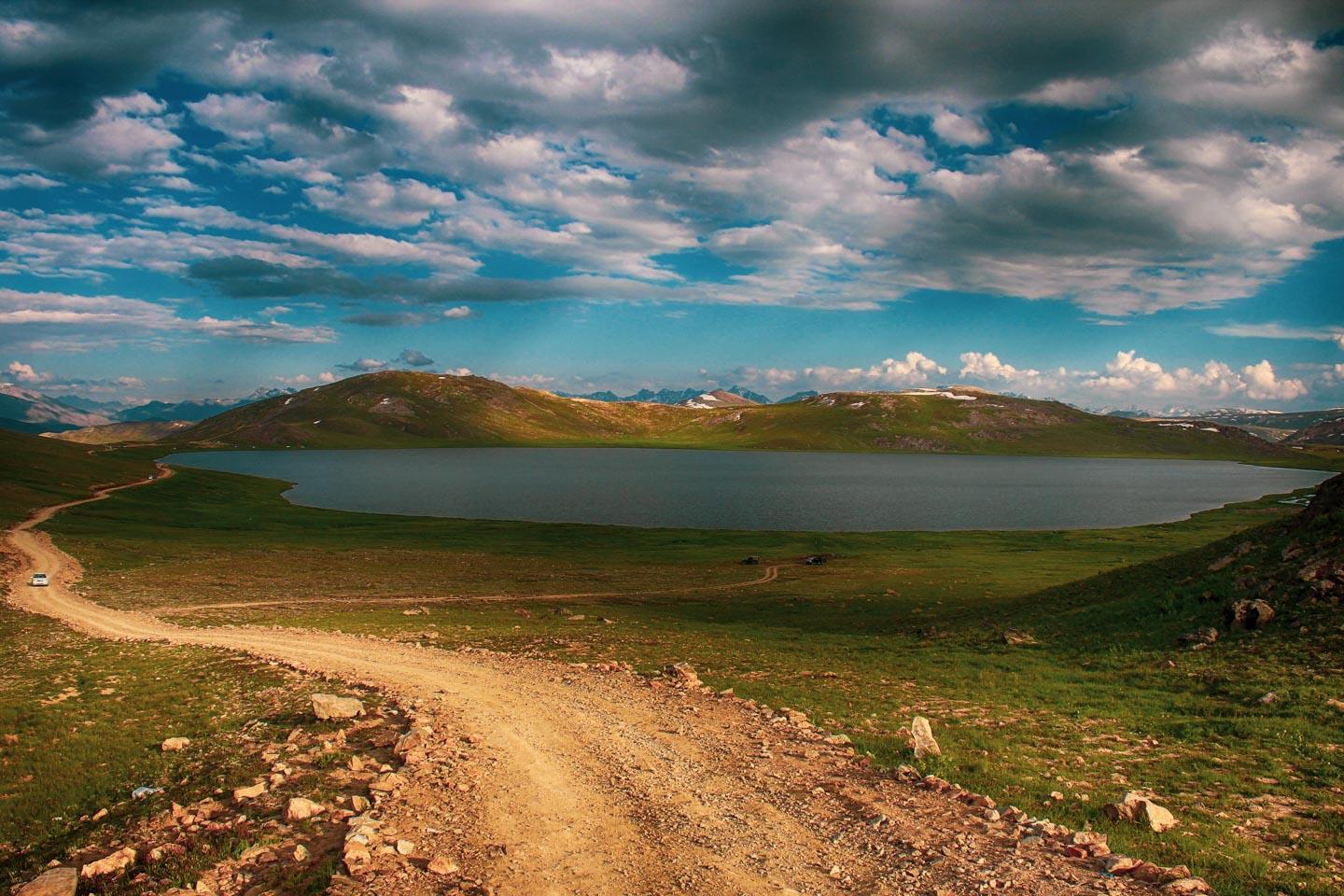 This top natural attraction is between Kharmang, Astore, and Skardu, in the Gilgit Baltistan region, at an altitude of 4114 meters above sea level. This high altitude alpine plain was given the status of National Park in 1993.

Deosai National Park covers a vast area of almost 3,000 Km² of uninhabited grassland surrounded by snow-clad peaks. Its diverse flora and fauna confer it the status of top tourist attraction in the beautiful land of Pakistan.

Deosai is 30kms away from Skardu city, 562 km from Islamabad, and is accessible from different valleys of Gilgit Baltistan. The shortest route to reach Deosai is in its north, from Skardu, but it is accessible from Astore in its west and Galtari-Kharmang in its southeast. But the most popular itinerary is Astore-Deosai-Skardu, where tourists can explore the two major valleys. 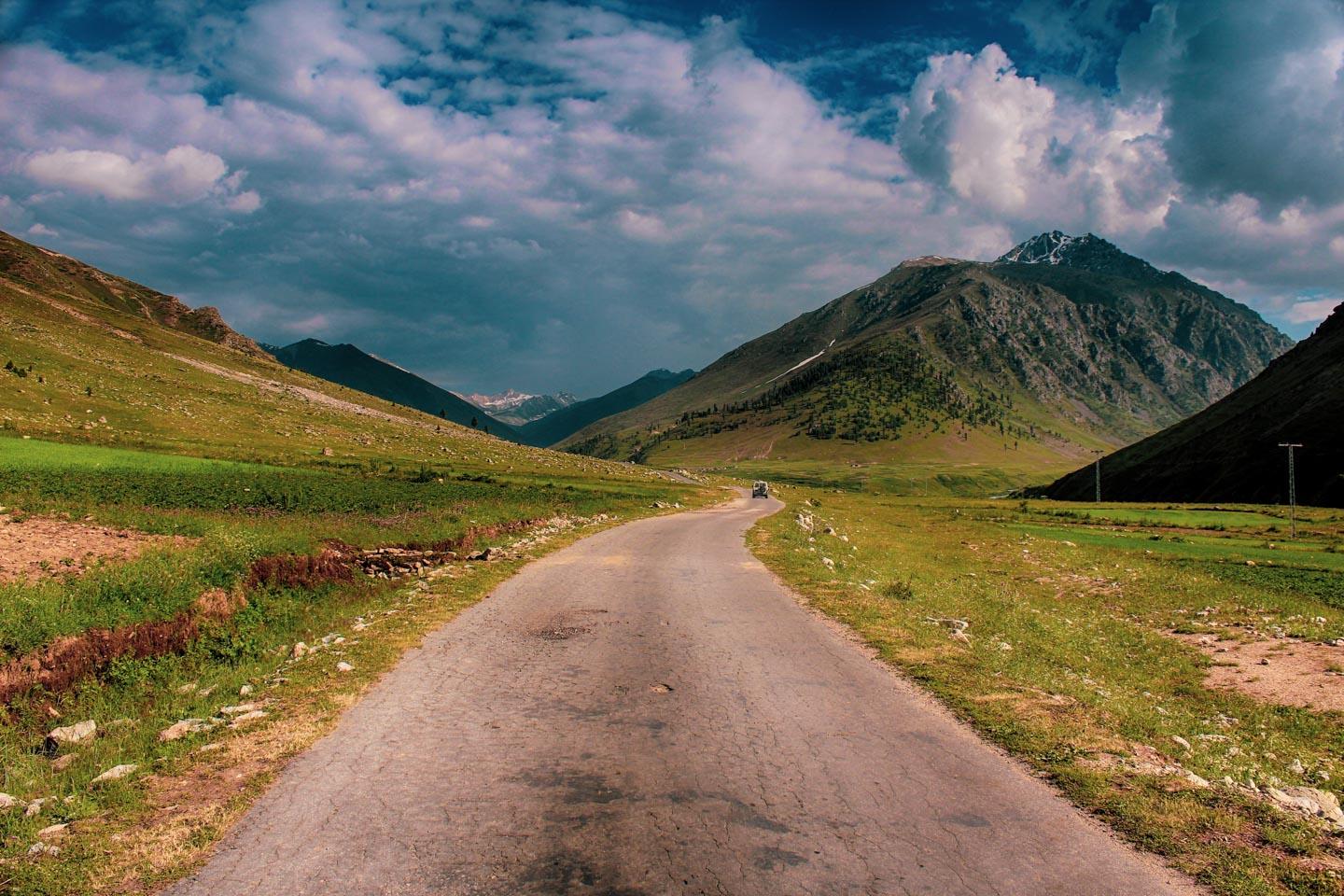 Route from Astore valley via Chilum is 70 Km long and a bumpy 4-5 hours ride as the road condition is not good for a car drive. However, driving on a jeep through the narrow gorges on the way is lovely.

As the name “Ghbiarsa” suggests, Deosai plains are a place to be visited in summer which is covered with snow for most of the year. This factor rules out the possibility of permanent human habitation in the area. Tourism in the area is limited and mostly tourists visit during the summer from June to September.

Deosai, at an altitude higher than the tree line, is distinguished for its ecological value and the rich flora and fauna it houses. In the western massif of the Himalayas, Deosai plateau comprises flat but irregular plains with rolling hills and adjoining mountains.

The topography is in sheer contrast with a neighboring landscape formed of steep mountains and narrow gorges. The diverse topography includes vast alpine meadows and arid stony patches. 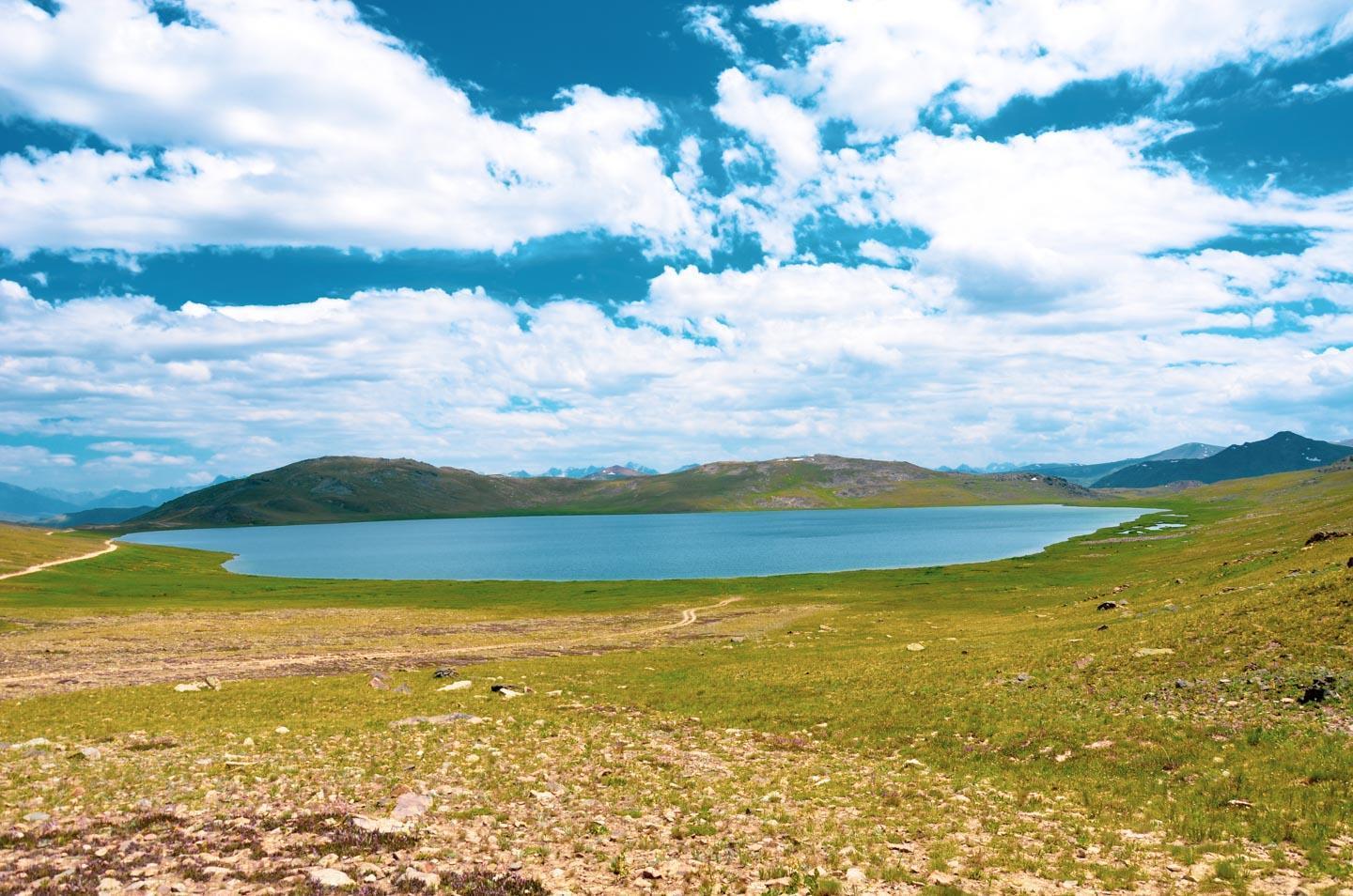 The soil of Deosai plains is severely eroded and coarse, mixed with gravel and stones of various types. Between mountains, the area characterizes deep soil with marshy vegetation.

The topography of the plateau influences its climate and the adaptability of plants here.

Flora and Fauna of Deosai

Deosai National Park is a place of rich biodiversity owing to its location, where two biogeographically located provinces in the Himalayan and Karakoram-Pamir highlands merge.

Deosai National Park has its OUV (outstanding universal value) due to its biodiversity conservation role, not for one key species like the Brown Bear, but a general collection of fauna species.

The park’s location in the western Himalayas, classified as an Endemic Bird Area by Birdlife International, is important as a resting and breeding ground of internationally important residential and migratory birds. 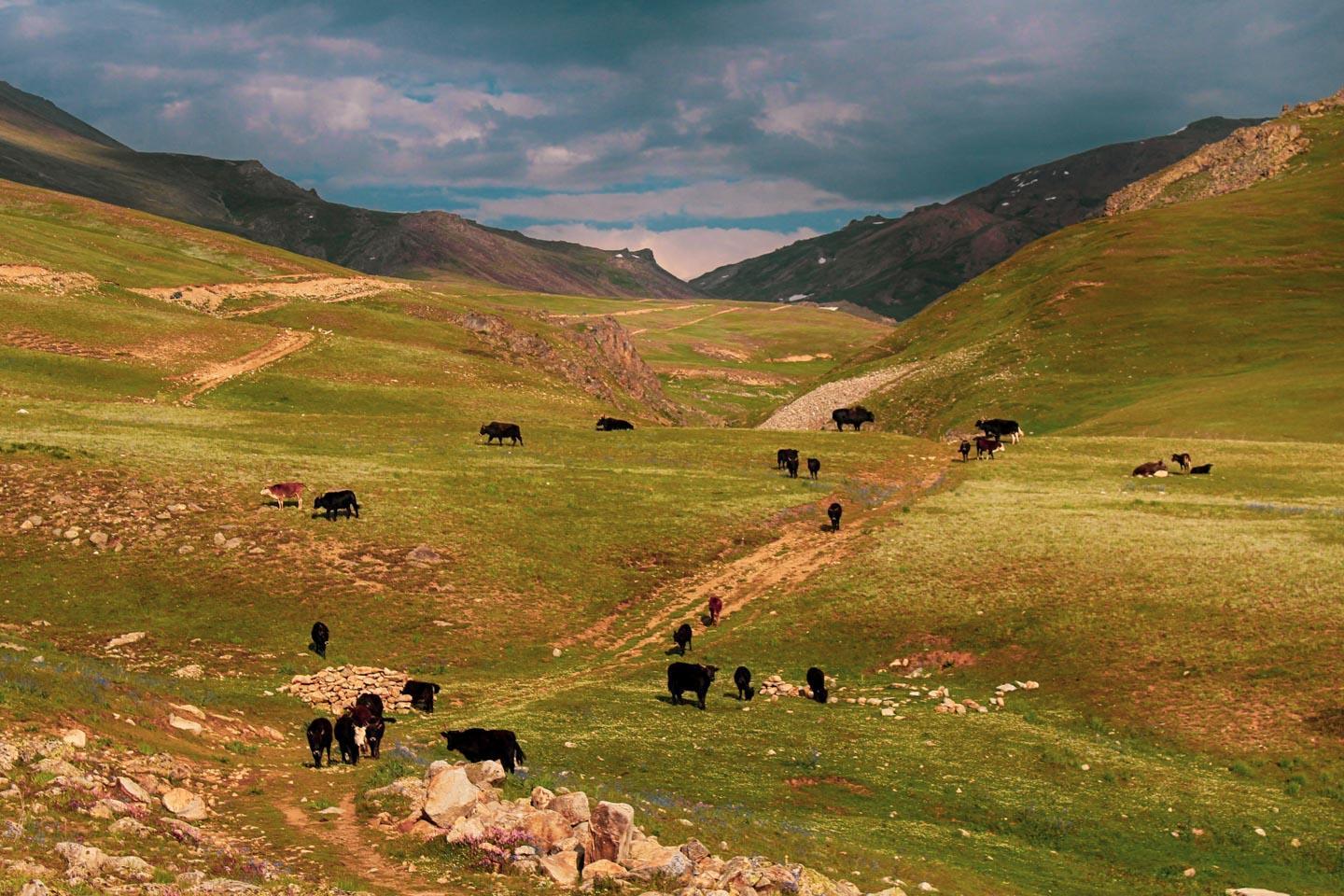 Deosai hosts over one hundred types of resident and migratory birds. The park welcomes many migratory birds in summers like the gulls, geese, terns, plovers, shanks, sandpipers, Common Merganser and Horned Lark.

Other birds in the park include The Goldfinch and Red-fronted Serin, the Turtle Dove, the Rock Bunting, the golden eagle, falcons, Eurasian sparrowhawk, griffon vulture, and snowcock, kestrels, and pheasants.

The waters of Deosai Plains are also home to the enormous-sized snow trout, which also serves as food for many migratory birds.

Like the fauna, the flora of Deosai is also brimming with variety and diversity. Hundreds of species of aromatic flowers growing here are a source of food for wildlife and have great medicinal value.

In the spring and summer seasons, the entire area is covered with a cornucopia of wildflowers. You can witness an extensive variety of butterflies belonging to rare species hovering on the richly colored flowers. 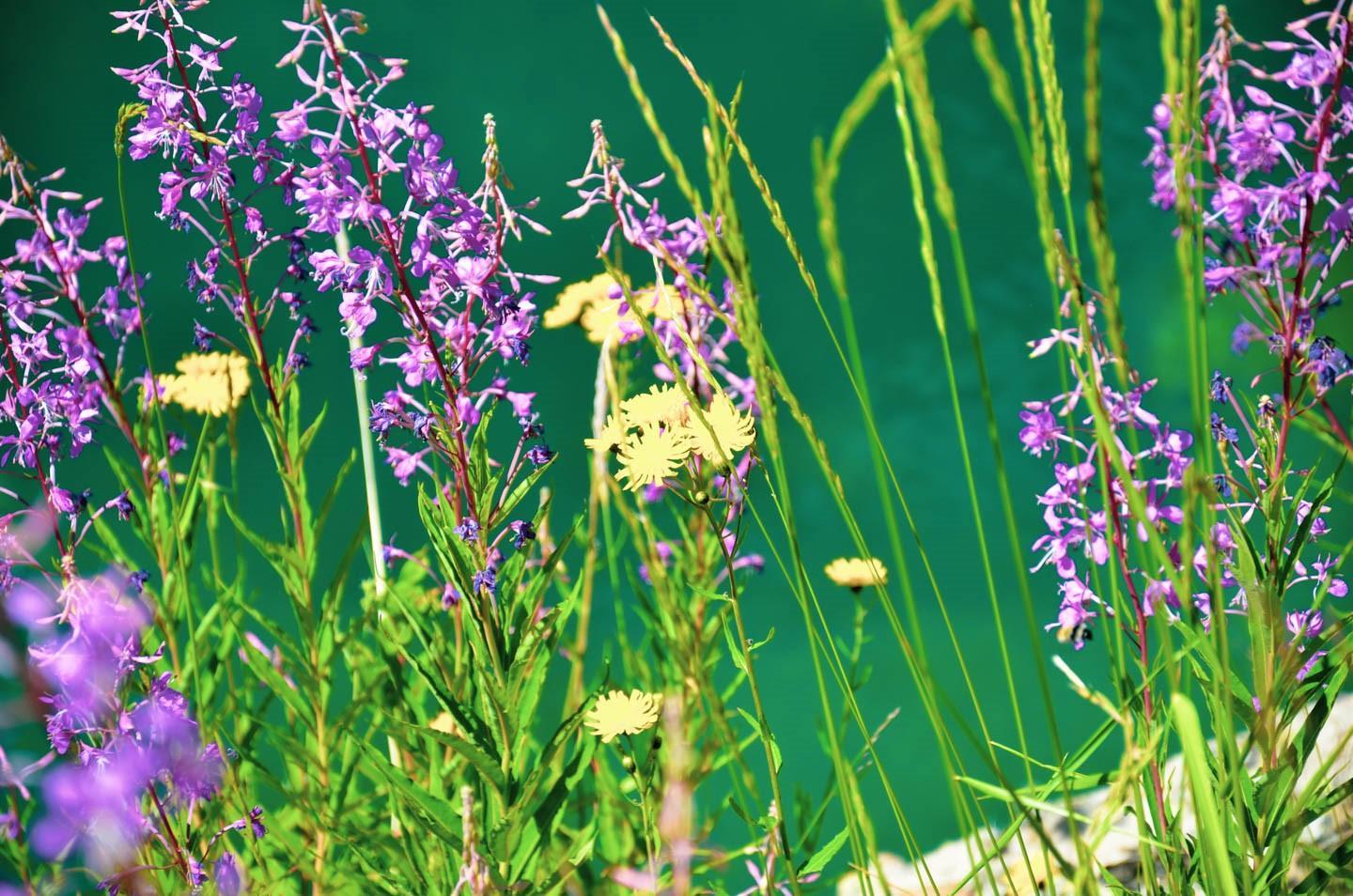 Among many other plants used for medicinal value by locals, “Tumoro” is largely used as herbal tea in Skardu and Astore.

It is a constituent of Conservation International Himalayan Biodiversity Hotspot and has a rich variety of species including red fox, Phia (Golden marmots), ibex, grey wolf, snow leopard and the Laddakh urial. 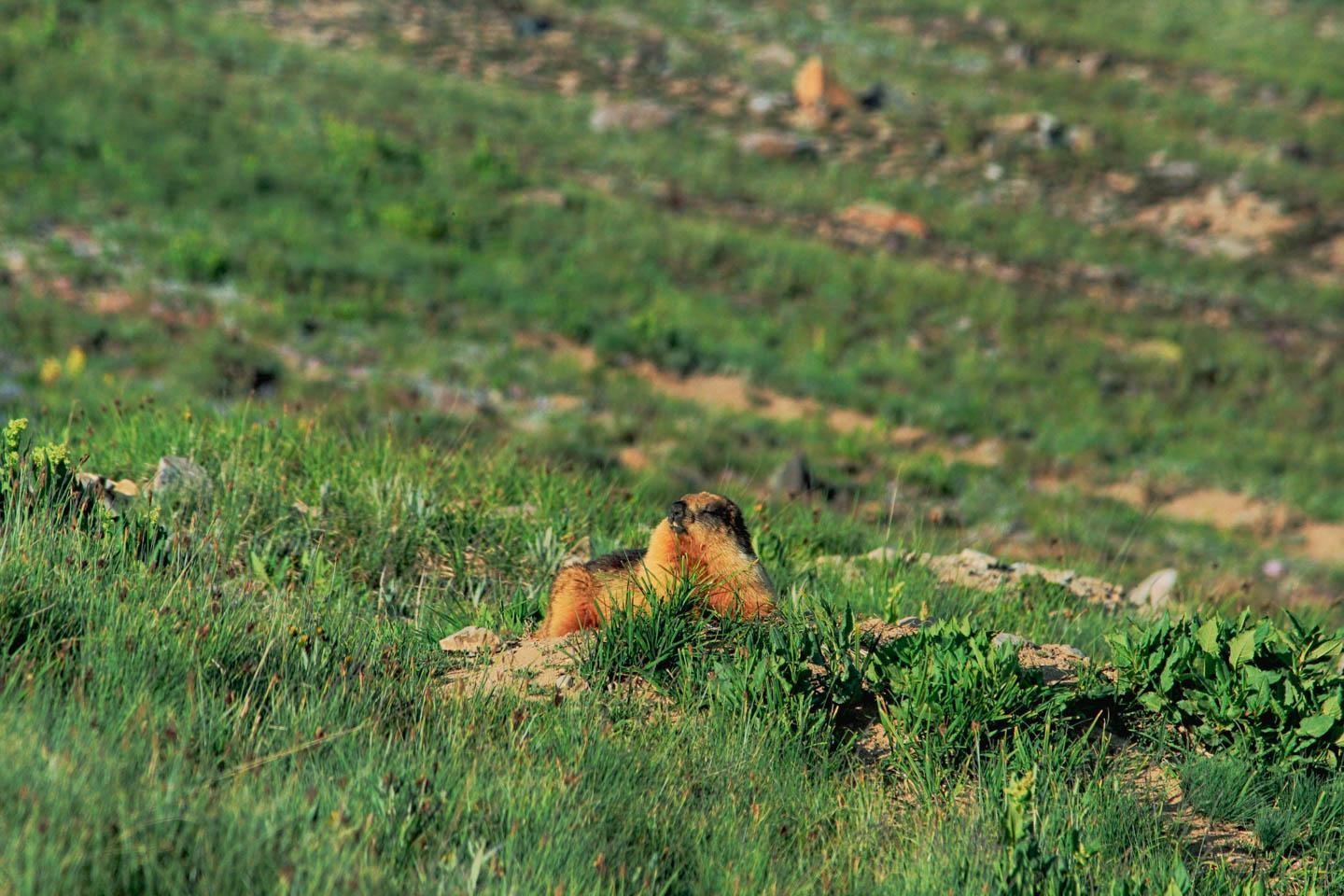 Himalayan Brown Bear is unique to this region of the world, as Deosai National Park has the primary objective of its conservation, being the critically endangered species. Out of seven populations of brown bear in the Himalaya, Karakoram, and Hindukush ranges, the Deosai Plateau hosts the only stable population.

The dazzling Sheosar Lake, brown Bear hunting fish in streams zigzagging through plains, butterflies kissing the blossom, vibrant flowers reeling in the chilly breeze, the golden eagles soaring across the clouds, peculiar aroma in the atmosphere; all bequeath you with an experience indelible.

The vastness of the park offers several activities besides enjoying the serene, noise-free wilderness of the plain. Among several water bodies dotted in the park, Sheosar Lake reflecting the spectacular backdrop of the majestic mountain is the most significant.

Bara Pani and Kaala Pani are the two streams that you have to cross to reach the lake. While Kaala Pani is shallow and is safe to cross in a jeep, Bara Pani has an old wooden bridge over it. A concrete bridge is now constructed over the river, however, traversing the swaying wooden bridge on foot, a melodious river gushing below, is unique.

After crossing the bridge at Bara Pani you can try fishing as the river is home to several species of trout, with snow trout being common. The license for fishing can be acquired from Park authorities for a nominal fee.

Some trails lead into and out of Deosai National Park which appeals to the trekking lovers to explore the surrounding wilderness. It is better to trek through the plains with a local guide. 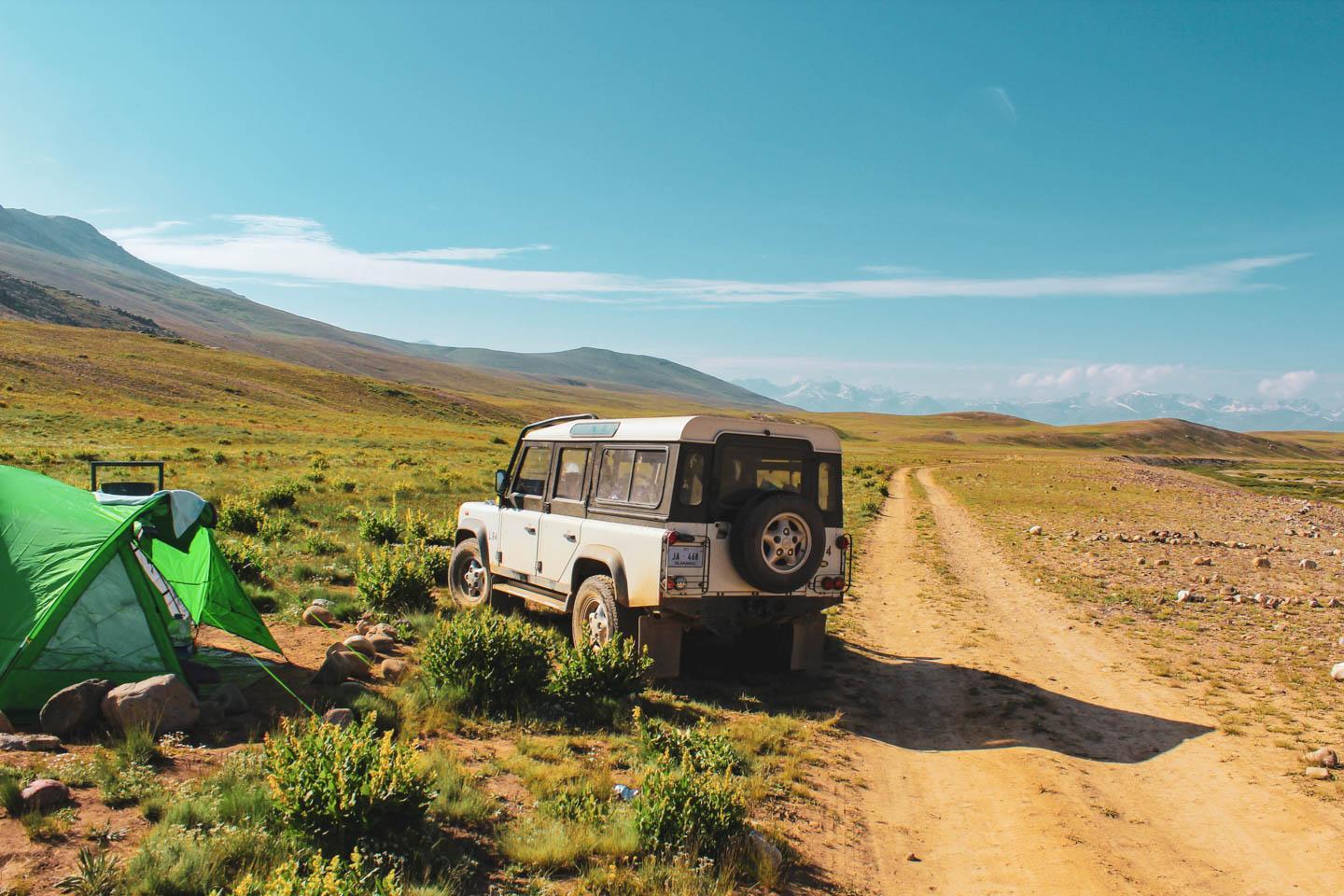 Bara Pani and Sheosar Lake are the best sites for camping. If the lush green landscape in the day is a treat, the clear starry sky at night gives its visitors the pleasure of stargazing.

The diverse wildlife in Deosai National Park is the most alluring feature where you might encounter several local species, including the Himalayan Brown Bear. The local wildlife that can be witnessed includes the Himalayan ibex, grey wolf, red fox, and golden marmot, and an extensive variety of birds including the golden eagle, peregrine falcon, sparrowhawk, and kestrels.

“Deosai” meaning “Shadow of the Giant” is an amalgam of ‘Deo’ and ‘Sai’ meaning “giant” and “shadow” respectively. The word “Deo” comes from ‘Deva’, and “Sai”, one of ‘Saya’.

The name was extracted from the folk-tale “Saif-al-Mulook” composed by Mian Muhammad Baksh as a poem.

For centuries, nomads from Kashmir used Deosai plains as a passage in summer to cross with their herds. The desolation of the area with no permanent population made people believe that this place is haunted by giants.  This led to the name ‘The Land of the Giants’.

The deafening silence in Deosai Plains seems to span over centuries. You can experience this deep silence so much that you can hear your heartbeat. Sometimes a marmot’s whistle breaches this spell of silence.

The Climate and Atmosphere 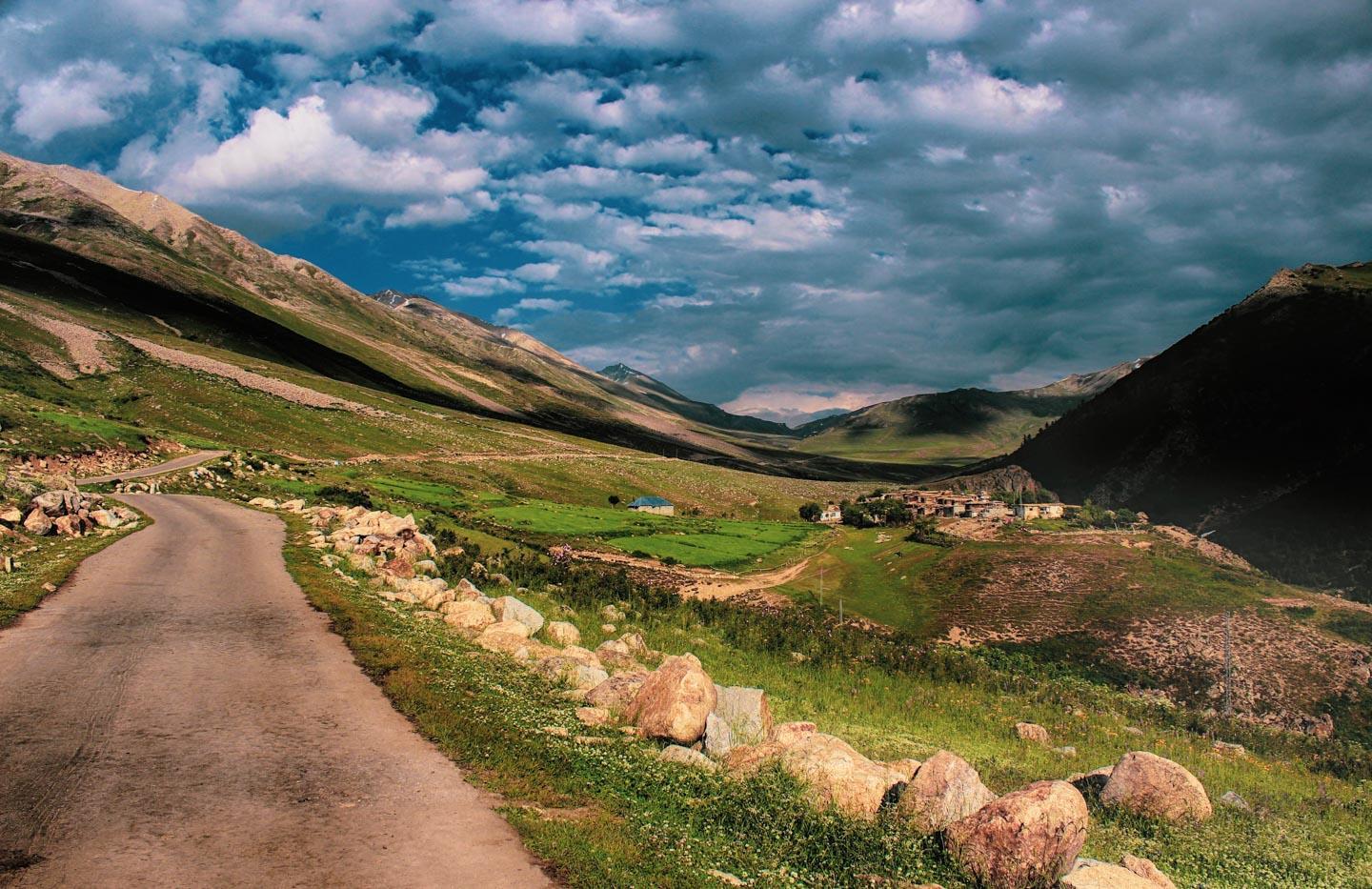 Deosai plains face the monsoon affected the outer Himalayas, thus receive higher rainfall than other adjoining valleys of Baltistan. Sudden changes in weather within no time, is normal in Deosai as a bright sunny day can change into a dark stormy one in the blink of an eye, also followed by ice rain.

The unpredictable weather adds to the mystery of Deosai, as sometimes it snows in summer and the sun often seems to play hide and seek with clouds.